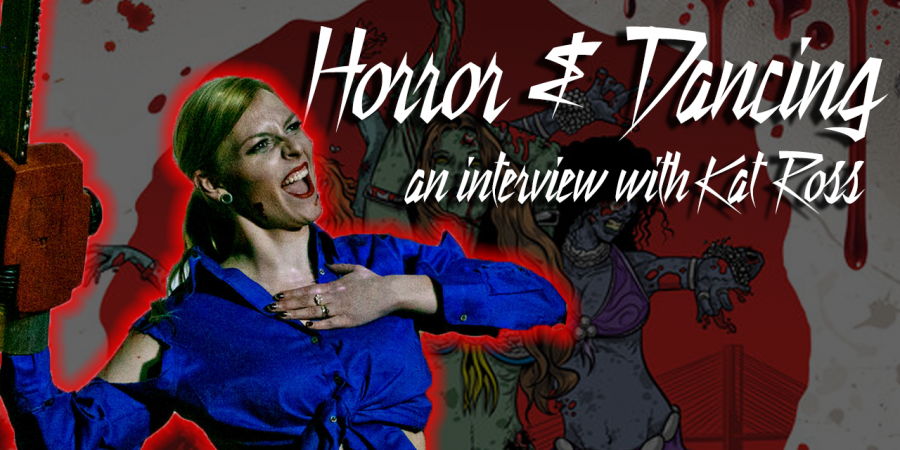 *Horrific is a show not meant to be taken seriously, and is by no means an accurate depiction of what real Raqs Sharqi (belly dance) is normally. All of the performers are classically trained belly dancers who perform to appropriate music regularly. The show itself is intended to combine two passions into one show. If you have concerns, we are open to listening. – Kat Ross and group

*The Superghoul aims to interview individuals and groups fusing their love of horror with their lifestyle, and write on its influence in the horror community. It is acknowledged by both parties of this interview that belly dancing is part of cultural appropriation discussions. Opinions are encouraged. Your voice is welcome here. – TheSuperghoul.com

You’re probably most familiar with those names in the translation and name of “belly dance”. With origins set in the Middle East, this dance form emphasizing the movement of hips eventually made its way to Western societies after European travellers learned of this socially normative performance art in Egypt.

While it’s introduction to North America dates back to 1876, the attention to belly dancing is often credited to the 1893 Chicago World’s Fair where performers from Middle Eastern and North African countries shocked audiences with movements if not uncorseted hips.

Fast forward to 2018. Belly dancing is now a widespread performance art. Practitioners enter the art of belly dancing for numerous reasons from cultural, to health, to self-love and embracement of femininity.

In Tacoma, Washington, professional belly dancer and Tacoma Belly Dance instructor Kat Ross takes it another step further by combining her passion for the dance with other interests in her life. With over 8 years of training that shows in her dance form, Kat’s flair for the dramatics seeps into her day-to-day profession with notable showcase events such as the Tacoma Bellydance Revue and Horrific.

“Horrific?” Your curiosity is peaked with good reason.

“I’ve been a horror fan since I was a child,” Kat elaborates. “I specifically remember trying expose my friends to ‘50s horror classics and getting told that it was weird. I was also a passionate videographer and used to make my own short films. I continued my camera work well into my 20s. Putting my passion into my dance was something I had wanted to do for a long time.”

And she did just that. Horrific: A Night of Horror Themed Bellydance lives up to its name with a creative curation of dance numbers inspired by different icons and references in the horror genre. With increasing popularity as the Pacific Northwest horror scene continues to grow, Kat’s horror themed bellydance performances have seen venues such as Crypticon Seattle and “Skinny Dip’s Halloween Show” at High Dive.

This month, we can look forward to another night of horror themed bellydance at Horrific which is slated to begin at 8 PM on January 27th at Tacoma’s Rialto Theatre. After it’s popularity was visible in 2016 after the first show, it was clear Tacoma residents could expect to see more in the future.

“The first Horrific was January 30, 2016. It was intended to be a one-off thing as it was a theme that I only seemed interested in. We sold out a few weeks before the show. It was crazy. It became very clear that we had hit on something that our audience was hungry for. The next year we moved to a larger location and doubled our attendance.”

Attendees of the upcoming Horrific event can expect 18 “highly choreographed, jaw-dropping numbers, striking and terrifying costuming, movie nostalgia and inside jokes” and more. The event will also have a lineup of horror, or relevant themed, vendors from the area.

Themed events are notably taking charge in the Pacific Northwest, but keep your eye on the horror community. The expansion rate is exponential and is blatantly visible in public responses compared to other genres.

“Doing themed shows is one of my favorite ways to introduce crowds to belly dance who might of not attended other shows. Tacoma Belly Dance’s shows have taken on many iterations including fairy tales, video games, and horror. All of our shows did ok but we were not prepared for the response to Horrific.”

When you take a look at the lineup of inspired numbers performed by Kat and her students for January 27th, it’s no wonder why the popularity is continuous. With numbers that are influenced by A Nightmare on Elm Street, Stephen King’s IT, Lost Boys, The Birds, Hellraiser, and more, the PNW horror community is sparked by the nostalgia of it all.

How much more exciting can one show get? According to Kat, some ‘scaley’ friends will be part of some of her groups’ performances like Antonio (Tony) the snake.

You read that right. Kat is not only a professional dancer. She is also a member of the Pacific Northwest Herpetological Society which is a premiere club for reptile owners and enthusiasts dedicated to reptile concerns, adoptions, and education.

When asking Kat about Tony’s role in performances, she noted, “I knew very well that not all snakes are suitable for sometimes stressful human interaction. I took my time, about a year, testing the waters with Tony at small events. He is extremely docile and well-behaved. He now has his own following and often when performing I’ll hear someone scream ‘I love you Tony!’”

Tickets are available for Horrific (PG-13 material) now through horrificshow.com. From The Superghoul’s understanding, tickets are very limited so be sure to purchase yours as soon as possible.

SOURCES
The following sites are credited for providing information and/or understanding of the art form, conversations, and cultures involved: