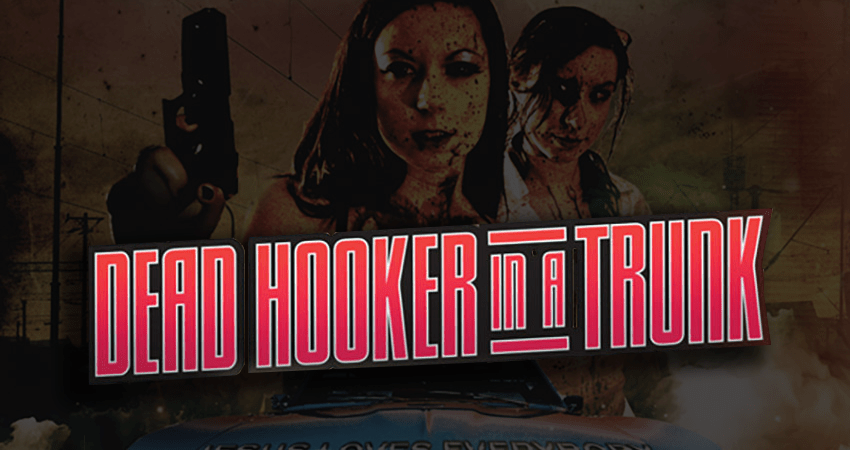 First time reading that title in sequence? No need to do a double-take. “Dead Hooker in a Trunk” is indeed making its way to the comfort of your home, all in one piece (we hope).

Nearly a decade ago, Jen and Sylvia Soska of Twisted Twins Productions made their debut as not only actors but directors as well in this Canadian horror flick. The popularity of the Grindhouse-style cinematic experience continued to grow with appearances and screenings in the festival circuit.

Now, fans and newcomers are in for an eye-popping experience with “Dead Hooker in a Trunk” shifting into high gear with a Limited Edition Blu-ray™ coming soon exclusively through HorrorPack®. It’s the nineteenth entry in the HorrorPack® Limited Edition Blu-ray™ lineup and it includes brand new cover art in addition to a new commentary track with Jen and Sylvia and frequent soundtrack collaborator Kevvy from Fake Shark.

The Soska Sisters have come a long way in their film career further extending and showcasing the bounds of their badassery. Often do they reflect on “Dead Hooker in a Trunk” being a pivotal project:

“This film is a miracle,” the Soska Sisters explain. “Its success is a huge leap of faith. The belief fans put in us and the way they rallied around us made our greatest dreams a reality. This film is proof that when you follow your stupid fucking dreams, great things happen.”

You can now enjoy “Dead Hooker in a Trunk” on Limited Edition Blu-ray™ from HorrorPack®, in collaboration with MPI Media and IFC Films.

The “Dead Hooker in a Trunk” HorrorPack® Limited Edition Blu-ray™, Number 19 in the series, is available now for order as part of the February Blu-ray subscription pack at horrorpack.com/dhiat.