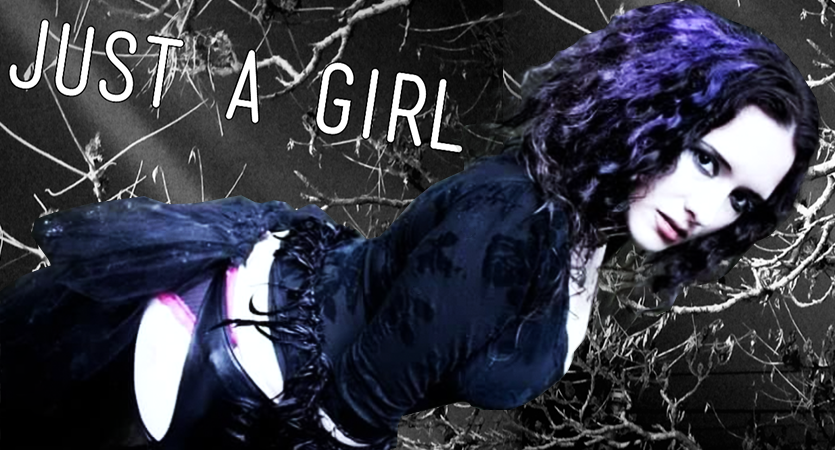 On January 27th, Michelle Nessk of Gloomy Sunday Productions boarded a plane from Seattle, Washington to make way to Sacramento, California for a benefit event she holds close to her heart.

Hosted by the Sacramento Horror Film Festival and titled “Louder Than Wolves”, the special benefit event is held yearly with creators and artists on the scene to take a stand against rape culture. 100% of the profits gained from the event were donated to My Sister’s House, a non-profit organization and shelter dedicated to eliminating domestic violence and trafficking in minority communities.

When Michelle Nessk arrived, she was ready for the solidarity that would be felt by all in attendance and noted that she already knew everyone involved were good people.

“I have never seen such a supportive environment where such Arts were being explored,” Nessk shared. “It was intense. I don’t believe I’m the only person who would describe it as such.”

Nessk’s film “Just a Girl*” made its debut at the benefit event and addressed rape culture head-on with a narrative relatable to most as brave voices emerge daily. To best describe the short film, “Just a Girl” is a socio-political horror art film piece that focuses on what it’s like to be one of the many voices speaking out amidst the #MeToo movement.

When asked how the #MeToo movement has impacted the scope of the horror community, Michelle Nessk had this to say:

It has impacted every Community. Equally. It takes all kinds. I wish I could say that we statistically carry a lesser number, but in the end humans are a mixed bag. I think, I hope, that the community will become a safer place to be. That we stand up for one another. That we support one another. That we cease protecting predators, we stop allowing them to stifle the voices of so many creative talents. Every one Predator has multiple victims, I cannot be convinced that that one person’s work outweighs the value of all of the people whom they leave as a trail of survivors.

To stand up for one another is just one driving force behind Nessk’s “Just a Girl”. When watching the film, you hear layers of audio tracks that are all part of someone’s story. Nessk saw to it the film message was clear in that it’s nothing special or unique. In fact, it’s downright awful.

“I wanted to better clarify how it feels, you almost feel like everything is hopeless. And the rage. But we have to power through it. We have to find a way to smile. That’s how we survive,” she explains thoughtfully. “Mostly I want this film to help explain how it feels, to those who couldn’t possibly understand, to hopefully make a difference. Make them more aware.”

With the creators and artists in attendance at the film debut, Nessk’s heart was full and continues to be such whenever reflecting on the experience. People responded with immense kindness, empathy, and compassion to which her gratitude is reciprocated especially since “Just a Girl” was as Nessk refers to it “a self-induced vivisection”.

“There’s a lot of me in that film,” she continues. “I felt emboldened to create it because they [Louder than Wolves] provided that outlet.”

Louder than Wolves, they were.

Louder than Wolves they continue to be.

The silence has been broken.

*”Just a Girl” is one of many to come from Michelle Nessk’s “Just a—” series. Stay tuned!