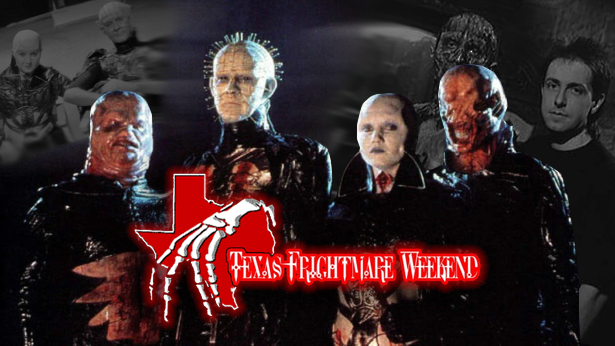 With only a few months between now and Texas Frightmare Weekend, presented by Arrow Video, horror fans are preparing for what continues to be a yearly experience irreplaceable to date. The convention’s origins placed them at the Grapevine Convention Center; a small venue ideal for the beginnings of a convention. As time progressed and the following grew, the convention coordinators relocated Texas Frightmare Weekend to take place at the Hyatt Regency DFW Hotel.

According to their website, Texas Frightmare Weekend “is arguably the largest horror convention in the nation.” Often in niche convention communities, concerns arise by attendees about growth but when it comes to the TFW, every year is a great year.

The Superghoul, as part of many horror groups on Facebook, observed a unanimous positive response to the upcoming convention. People refer to it as a convention you don’t want to miss, or one to go to at least once in your lifetime, with emphasis on vendors being unique and diverse.

In addition to the already exciting events, vendors, and the prospect of creating new friendships in an already strong and welcoming horror community, the 2018 guest lineup has attendees eager for May to arrive.

This year, attendees have the opportunity to get the ultimate Hellraiser, Friday the 13th, and Child’s Play experiences with cast members offering autographs and photo ops.

“Who exactly is attending?” Well, now that you’ve asked…