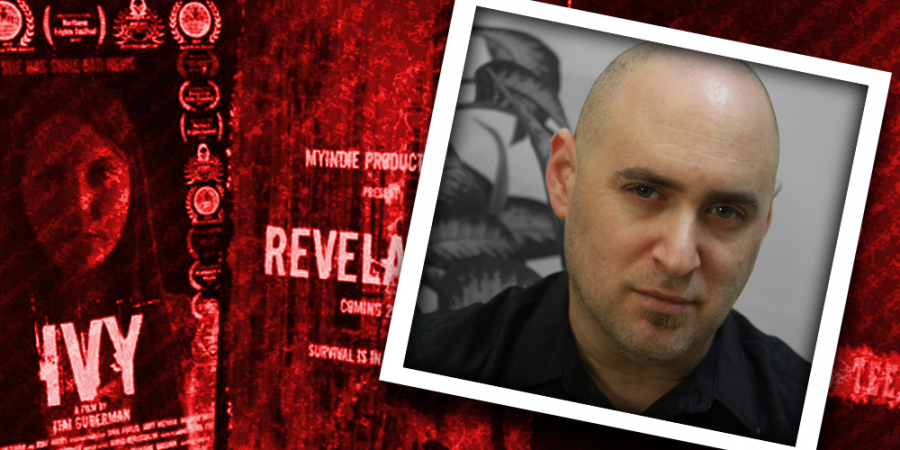 Based in Melbourne, Australia, MyIndie Productions was founded in 2007 and is an independent film production company with the focus of producing original content from their own team in addition to other indie filmmakers in need of assistance.

At the forefront, Israeli-Australian Founder & Filmmaker Itai Guberman has taken MyIndie Productions to a new level by creating an online community that benefits from networking all while providing a platform for Itai to share the latest productions.

Prior to the founding of the company, however, Itai did not immediately immerse himself in the film community. Like his counterparts who make up the company’s team, filmmaking wasn’t the initial plan. While Itai grew up with the love of creating, he was also struck by the notion that creative arts wasn’t a viable career option like most of us believe at some point or another.

Itai explained, “I think the desire to get into film was always there, but from my early teenage years it was drilled into me that I will not be able to make a living making art and that I needed a more stable (and potentially lucrative) profession. That was the main reason that when I finished high school I went on to study Business at University and complete a Bachelor’s Degree. Only years later, sometime around 2005, did I start experimenting with filmmaking as a hobby. It took me a little while to realize the fact that I was hooked. I started my Master’s in Film and Television in 2010 (completed in 2014). Today, I don’t believe I have much choice in the matter. I have all kinds of stories swirling around in my head and I simply have to bring them to life or they will not let up.”

The completion of his first short in 2005 – 2006 is where it all took off. Itai got a taste of filmmaking and it wasn’t going to stop there even if risks and challenges were to come about. For example, financials and time availability are factors that can affect productions, but for Itai it’s not a roadblock but merely a mountain to climb. He funds all of his projects out-of-pocket and is currently strategizing crowdfunding efforts to keep the momentum going.

It’s apparent how strong his passions are in fueling every project before him to reach production, and it’s exactly this kind of character that adds value to the indie horror film community.

When asking Itai when and how his love of horror crept into his life, he shared a childhood memory of not being allowed to watch George A. Romero’s Night of the Living Dead, “Us kids were specifically told not to watch the film and my Dad went and hid the VHS tape. I had some idea of where he was hiding it and I waited for the first chance when my parents were out, found the tape and invited some friends to watch it. I remember that most of them could not watch the whole film and had nightmares later. I was hypnotized by the idea of zombies and the side stories of people turning on each other under tough circumstances. I think that’s when the seed was planted.”

“When I started making movies,” Itai continued, “I was mainly drawn to writing comedy and thrillers. A couple of thrillers I made were well received by the horror community and even reviewed favorably by horror sites. Slowly the love affair with horror was rekindled as the story of “Revelation”, my upcoming feature hit me. “Ivy” is part of that story.”

While we can’t share too much about “Ivy”, Itai’s psychological horror short, we can say that it breaks away from the jump-scare formula used by most modern horror films and is currently making its rounds at film festivals.

Ivy is a short psychological horror-thriller about a man’s struggle to come to grips with his deteriorating mental state stemming from losing the love of his life.

Rick is a young man living in a nice apartment who seems to be having difficulty going outside ever since his girlfriend mysteriously left. The people around him seem to be trying to push him toward leaving the apartment and moving on with his life, but not everything is as it appears to be…

“Revelation”, on the other hand, is an apocalyptic horror feature film that’s comprised of segments, one of which is “Ivy”. The film is anticipated to be completed by 2019 but will take crowdfunding efforts to come to fruition.

In the meantime, you can view content from the thriller short “Dolphin” (2016) and political thriller “Third Temple” (2014) on their website. MyIndie Productions has numerous projects in the works so be sure to follow their social media pages to receive continuous updates.

We thank Itai Guberman for the exclusive interview and look forward to seeing what the company brings to the indie horror world.

3 thoughts on “Profile of a Filmmaker: An interview with Itai Guberman, Founder of MyIndie Productions”