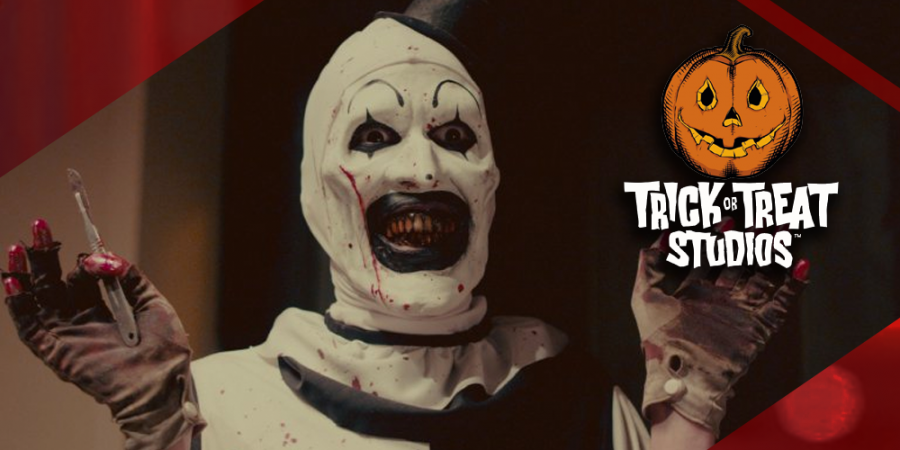 The beloved Trick or Treat Studios announced today the anticipated release of masks and costumes licensed with TERRIFIER (2017), directed by Damien Leone. Set to release in 2019, horror and costume enthusiasts can begin prepping to bring home Art the Clown.

The clown, who appears only on Halloween night, made his antagonist debut in the 2013 low-budget production All Hallows’ Eve as a demonic, murderous clown. While Mike Giannelli launched the chills as the man behind the mask, David Howard Thornton took on the villainous role in Art’s return to the screen.

Showing his excitement on Trick or Treat Studios’ Facebook announcement, Thornton comments, “I am so honored and so stoked about this! :)”

We can’t speak for coulrophobics, but we are thrilled that Art will be joining the Trick or Treat Studios lineup of quality masks and costumes. Will you be dressing as Art for Halloween 2019? Please leave a comment below so we know to avoid you.