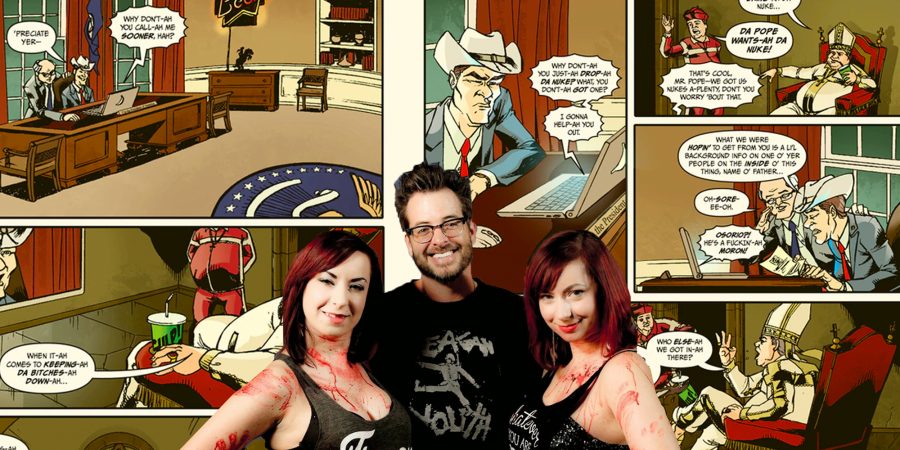 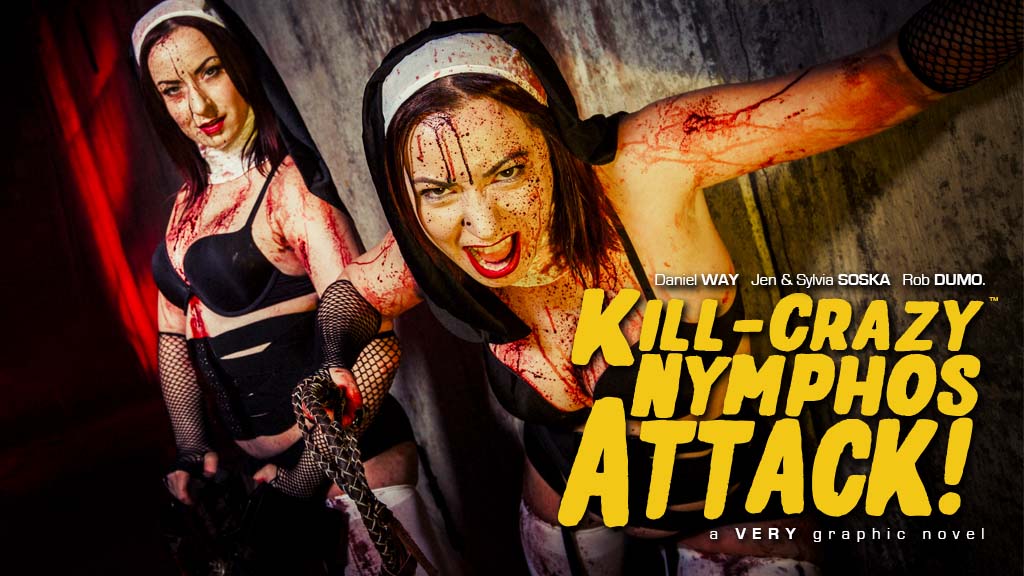 “The campaign for the print edition did really well, and we’re incredibly thankful for that,” says Way. “But that only amounts to…I don’t know…a couple thousand physical copies of the book out there in the world? We believe that this story deserves a much wider audience than that. And a digital edition is the perfect way to do that because it doesn’t have some of the bigger costs involved—mainly, printing and shipping—so we can offer it for a lot less.”
“Plus,” Way continued, half-jokingly, “We’ve already had quite a few censorship-related issues with this book and…well, if there’s one thing the Web is really good at, it’s sneaking dirty pictures across borders.”
“No hard feelings, China. Thankfully, some countries have far looser censorship guidelines. Suck it, censors. At long last we are finally ready to unleash our dark satire and VERY graphic book. Many shots fired, this book is not for anyone easily offended. We want to thank all our backers from the bottoms of our hearts, but truly want to make sure this book gets seen. We hope fans who missed out on backing the campaign get the absolute batshit crazy and certainly NSFW story,” adds Jen. “Books are some of the last uncensored art forms. You backing this book means there’s a future for more that don’t hold back.” 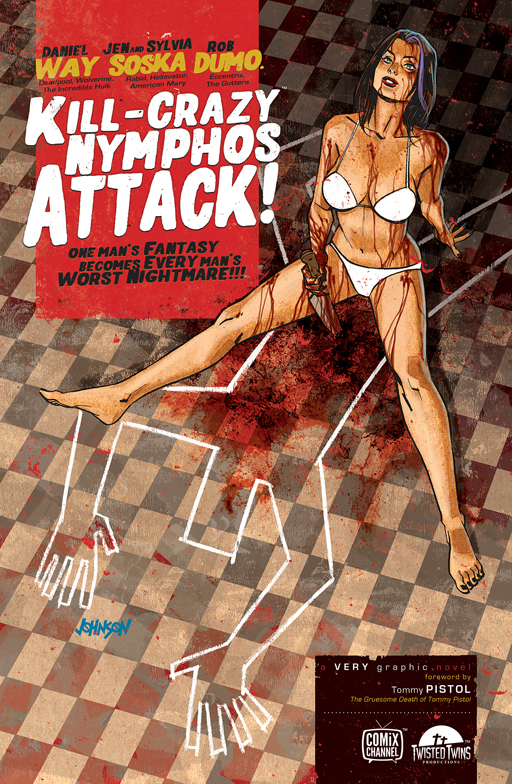 The Kickstarter campaign for the digital edition of Kill-Crazy Nymphos ATTACK! will conclude on November 8th, so don’t wait! And if you’d like to “try it before you buy it”,  a 12-page preview of the book is viewable at www.comixchannel.com.
—
About Kill-Crazy Nymphos ATTACK!
“What would happen if thousands of years of subjugation, fear and shame were to be suddenly and completely removed from the human female psyche?”

This is absolutely NOT what Purvis Gunt asks himself when, using research stolen from his job at a pharmaceutical lab, he accidentally creates a virus that overrides all female inhibition. Which, of course, escapes out into the world.
Instead, Purvis just thinks he’s going to get lucky. Really lucky.

He couldn’t be more wrong.