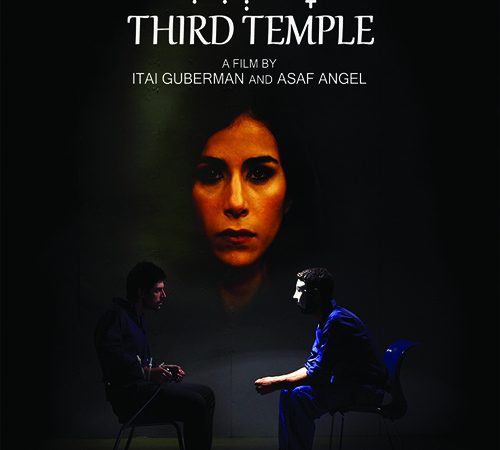 The Founder & CEO, Itai Guberman is an Israeli-Australian independent filmmaker with several short films to his name as a writer and director. These films dip into different genres from psychological horror to comedy, but with his and Asaf Angel‘s Third Temple? Political thriller.

Being a United States citizen whose bandwidth is constantly tested and tapped on the daily when it comes to US politics, I don’t actively seek out political films but when Itai presented me the opportunity to watch Third Temple, I was all in. Granted I wasn’t sure what to expect.

MyIndie Productions had a treatment for a feature script which the Third Temple was part of, but it was denied funding as it was deemed too controversial.

Produced in 2014, the film takes place on Israeli Independence Day in 2017; a work of fiction but a projection of the future based on the political climate of Israel.

As the 28 minute film opens, it seems like any other day. The sun rising. Strangers are passing strangers on the street and children are accompanied by their parents. What we don’t see is that this ‘peace’ and ‘normalcy’ is a fraud. Citizens are quiet in their disapproval of the government corruption following the events of the Social Protest in Summer 2011 and have no other choice but to go about their lives like nothing is wrong.

Itai Guberman shared, “The main intention if the film was to get people talking. To realize that the problem is severe, the situation can (or even should) escalate and that open discussions without violence should take place. It was meant to bring people together and hopefully stave off some of the Left-Right division.”

Eventually the silence is deafening and pushes a group to go  V for Vendetta on the government in the film, which always makes for an interesting story but the details of that? You’ll have to gather in your own viewing.

What I am inclined to disclose is that Third Temple’s script is engaging. You feel like you are part of the discussion as the news anchors and personalities – played by Amitai Kedar, Neta Bar Refael, Josh Sagie, and Moshe Shachar – debate the actions of the anti-government group in the film.

Even more notable is the exchange and intensity of the discussion between actors Tomer Lev Tov and Ben Sela who play the ‘Man in Mask’ and government official Avner Pele. The delivery is not only believable, but as the watcher, the question of who is in the right becomes a chess match. As a horror fan, this thrilling reaction to character building is something I’m partial to or hope to experience when watching a new movie or show.

Will you share that same experience when you watch Third Temple?