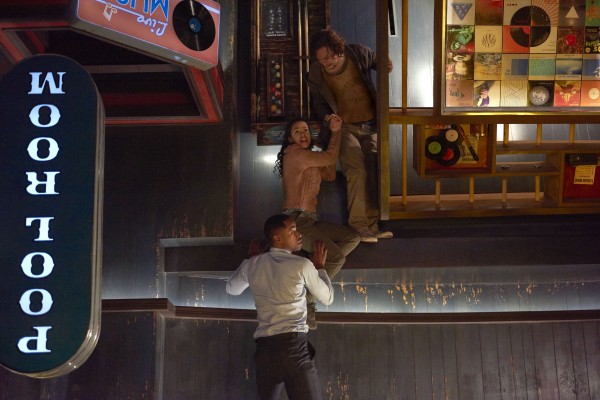 Escape Room is the first major horror release of 2019, and if it’s any indication of what is to come – we are all in for a good year of horror. It’s no secret that horror is huge in television, film, books and even music right now. The saturation of it all brings reboots, remakes, unneeded sequels, rushed films and cash-grabs. Now many will argue that Escape Room is simply a combination of Saw and Cube. I will agree, there are some similarities – but the comparisons are slight. By no means is Escape Room a brilliant or mind-blowing film, but it touches on many fears within the human psyche that should keep most viewers tense and on the edge of their seat.

This is director Adam Robitel’s third film, the previous also being horror films (The Taking of Deborah Logan and Insidious: The Last Key). Each of his films seem to take a basic recipe of a familiar theme or concept, twisting it to unique storyline. For Escape Room the plot follows six seemingly unconnected characters receiving a unique puzzle-box that, when solved, gives an invitation to an escape room with a $10,000 prize. Suddenly, the strangers find themselves in a situation where they must use their own logic and wits to survive, or suffer the consequence of death.

Escape Room in particular took advantage of many continuous fluid shots within confined spaces giving the film a claustrophobic and intense atmosphere. Several scenes were shot with intentional optical illusions further exploiting inner fears, confusion and tension. This treatment of editing and camerawork without the standard jump-scares, intense shaky-cam coupled with your standard jittery sound effects really made this film separate itself from the hundreds of recent movies duplicating these effects as clones.

What I found particularly impressive was the acting. For a horror, it was surprisingly good – albeit would never earn anyone an Oscar. As the characters went through the rooms, and the intensity increased, the believability of the actors was convincing – I felt their terror, my heart rate went up, and found myself gasping.

The kill scenes were harsh, cruel and painful – but without the close up gore that the torture-porn Saw zoomed in upon. As a PG-13 film, many of the shots were cut short or suggested off-camera. But regardless, it was very effective and I felt the film was fine without all the massive amounts of blood and guts.

Then, there was the ending (no spoilers, don’t worry).

By the end of the film, nearly everything was wrapped up in a gift box with a bow and a nice little explanation of why everything happened and why there was the need for a deadly Escape Room to begin with. It also set up a very lengthy ending of a sequel that is sure to happen. It felt unneeded, and threw off the entire pacing and timing and overall sense of mystery to the film. Cut out the last 10 minutes of the film, and I would say it was a very solid horror film and worthy of a watch and a spot on your collection shelf. But, with the indulgent and nearly insulting ending it may require a second thought.

Despite that, overall I enjoyed the film and recommend it as a solid entry to 2019.