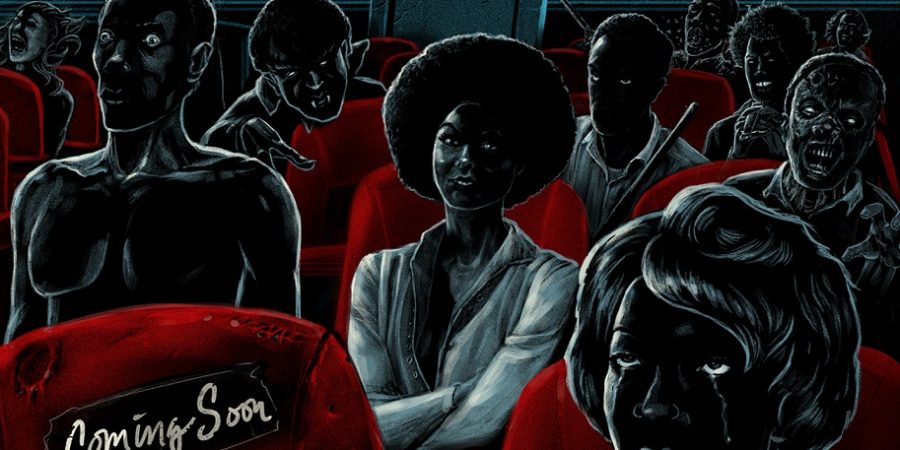 To kick off Black History Month and Women In Horror Month, we’re spotlighting Horror Noire: A History of Black Horror! Directed by Xavier Burgin, this documentary reflects on the history of black horror films and examines the roles of African Americans in the genre.

Horror Noire features interviews with names including Jordan Peele, Tony Todd, Rachel True, and Loretta Devine. Needless to say, everyone in the horror community is ready for their chance to watch it!

Screening events are happening RIGHT NOW. Here are some screening dates and info courtesy of GraveyardShiftSisters.com:

Co-presented by Beyond Fest and Shudder

Co-presented by Beyond Fest and Shudder

Exhumed Films and Fangoria are proudly teaming up to present the Philadelphia premiere of an exciting new genre documentary! Produced here in the Philadelphia area and soon to debut on AMC’s streaming service Shudder, HORROR NOIRE: A HISTORY OF BLACK HORROR takes a critical look at a century of genre films that by turns utilized, caricatured, exploited, sidelined, and embraced both black filmmakers and black audiences.

Special thanks to Fangoria, Shudder, and Stage 3 Productions for their sponsorship and support in presenting this screening.Buy Tickets
Wednesday, February 6, 2019
7:30pm
Toronto: TIFF Bell Lightbox

Ashlee Blackwell and Tananarive Due on Horror Noire + Screening

Co-writer and producer Ashlee Blackwell and author, executive producer, and educator Tananarive Due — who created a university course inspired by Jordan Peele’s Get Out — join us for a special screening of this Shudder Original documentary about the history of Blackness in horror cinema, followed by an extended onstage conversation.

Not seeing a screening near you? The great news is the wait to watch this documentary won’t be long. On February 7th, you can watch Horror Noire on Shudder. If you’re not subscribed to this horror streaming service, you can use the code “Wihmx” for a FREE month of Shudder. Have a blast!

After you watch Horror Noire, be sure to tweet the filmmakers to show some love. You can also tweet at @thesuperghoul for a retweet. We’re out here showing love and support in 2019!