A full moon is rising and the anticipation for what may come intensifies. Just make sure you prepare for action with axes and silver bullets, because High Moon is coming to VOD soon thanks to Distribution Solutions and Alliance Entertainment! 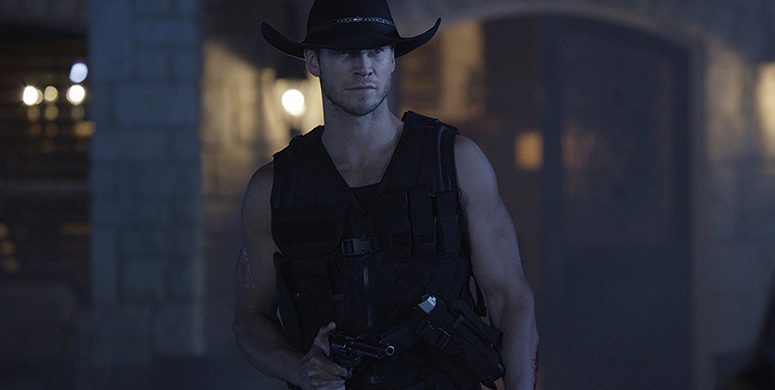 Filming took place in and around Dallas, Texas to tell the story of Colt (Chad Michael Collins), a gunslinger from the old west with history as a werewolf slayer. In the trailer, Colt mysteriously comes back to life and emerges from his grave to discover the southern town is afflicted by the same gang of werewolves who murdered his wife generations prior.

Ah. A sharpshooter out for revenge! To get a better idea of Colt’s narrative, we asked Chad what we can expect from him in High Moon and what he believes Colt’s character alignment to be.

“I think Colt would have a chaotic good alignment,” Chad answered excitedly over the D&D tie-in. “Obviously he’s hunting down supernatural beasts, so all applications of rules and order go out the window, yet he is still doing the human race a great service by wiping out evil. Colt is fiercely independent, a loner – a lone wolf, if you’ll allow the pun.”

Chad continued to explain how Colt functions presumably with the characters played by Chelsea Edmundson, Matthew Tompkins, and Sean Patrick Flanery who aid Colt who is set to face off with the violent, bloodthirsty werewolves. 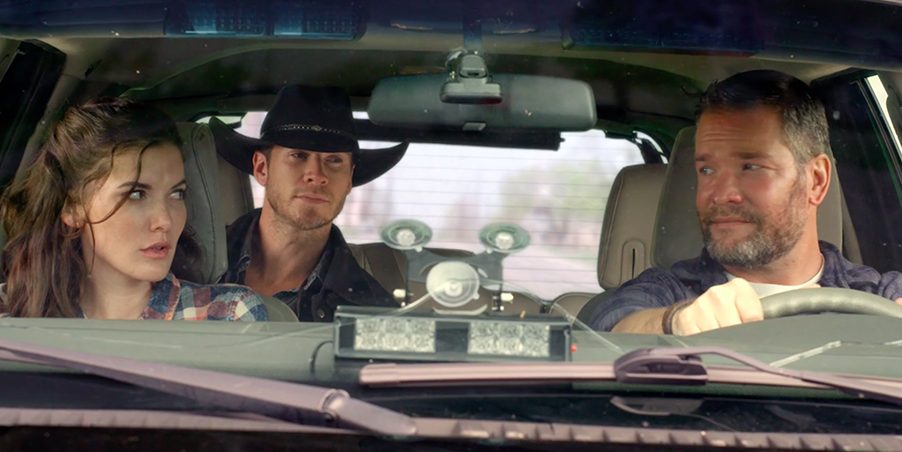 “In the movie, he rejects help until he’s backed against a wall. Luckily, he doesn’t find himself in that situation too often – he’s a one-man werewolf-wrecking machine! I don’t think he likes the idea of collateral damage but he’s also blunt enough to accept that it’s unavoidable to a certain degree. He’s at once both a gentleman cowboy and a bit of a rough-around-the-edges character, mostly a byproduct of being a man from a very harsh and unforgiving era.”

Director Josh Ridgway’s influence on the film is rooted in countless sources and passions. Josh grew up watching westerns with his grandfather and was fond of gunslinger stories fighting against injustices. The genre-bend is attributed to his love of films we’re all familiar with in the horror genre.

“As I grew up, I became enamored with monster movies and with any monster movie,” Josh explained. “There was always a ‘hero’ or a ‘hunter’ that would be tasked with eradicating the creature and to me these characters were like gunfighters. So, over the years I loved characters like Blade, Van Helsing, Ash from Evil Dead, Alice from Resident Evil and I always thought, a monster hunter in the old west would be a very cool movie to see!”

All of the players were in place to pull this dream movie together and each actor brought something to the table. According to Josh, Chelsea Edmundson stepped into her role immediately. Having just battled modern day vampire-zombies in Daylight’s End, Chelsea was no stranger to performance combat and was comfortable in her role that strays away from the damsel in distress persona.

On the flip side, Chad had some touching words to say about his director and time on set.

“Josh was awesome to work with. I loved the story and the universe he built, both as a fan of the genre and as an actor allowed to sink his teeth into it. He was really collaborative in his approach [and] very open to some ideas I had. Even some dialogue tweaks here and there. We worked well together, and remain great friends to this day with more projects we are developing together. He always jokes that he wants to have a classic Sam Raimi/Bruce Campbell partnership together, so we are doing our best to follow in those footsteps.” 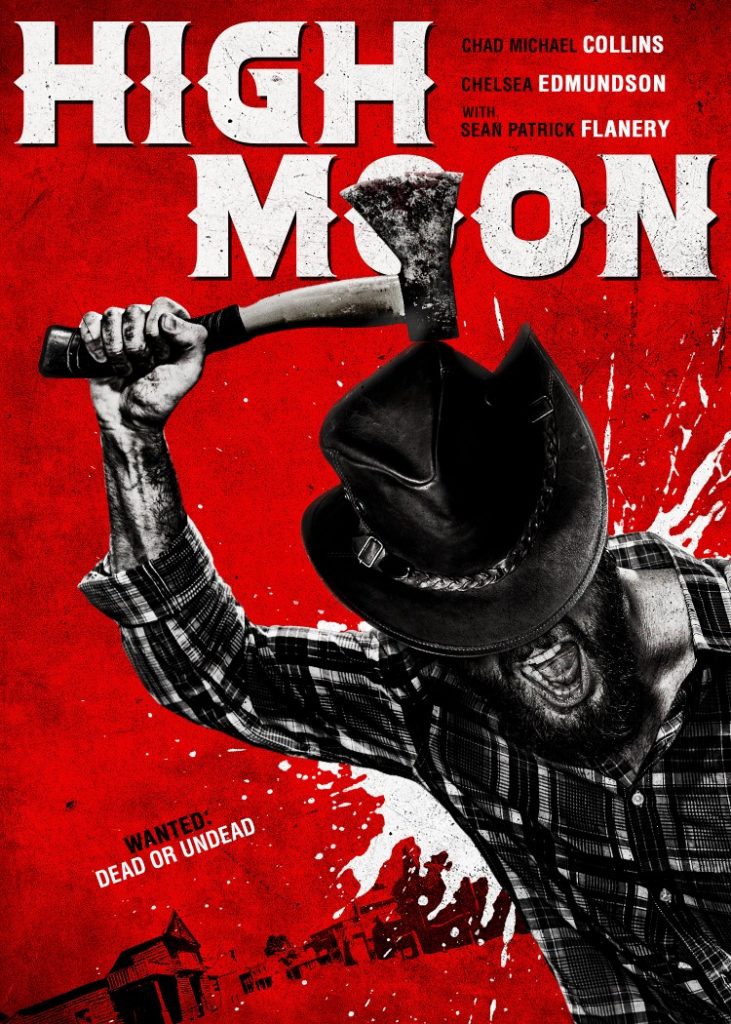 If you’re howling for more, here are some exclusive quotes from our interview with Josh and Chad: 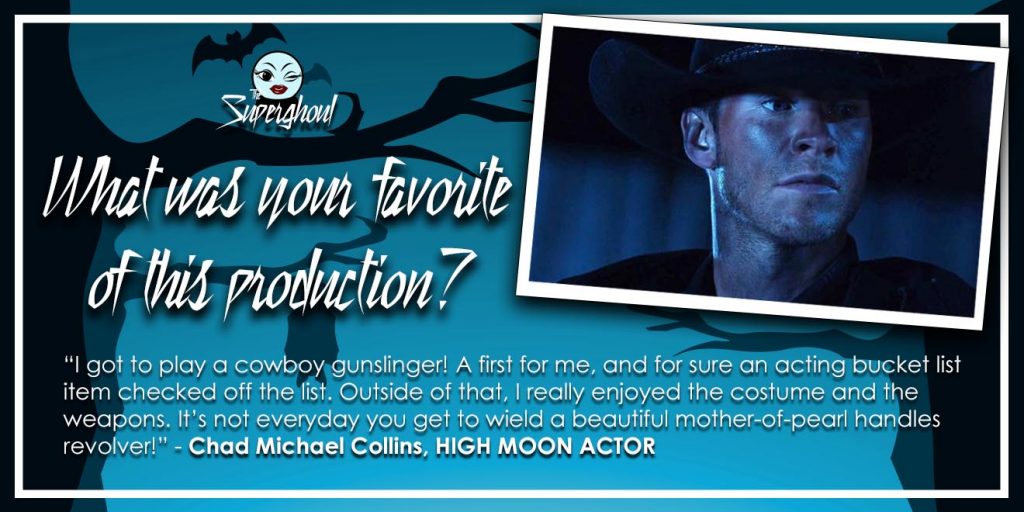 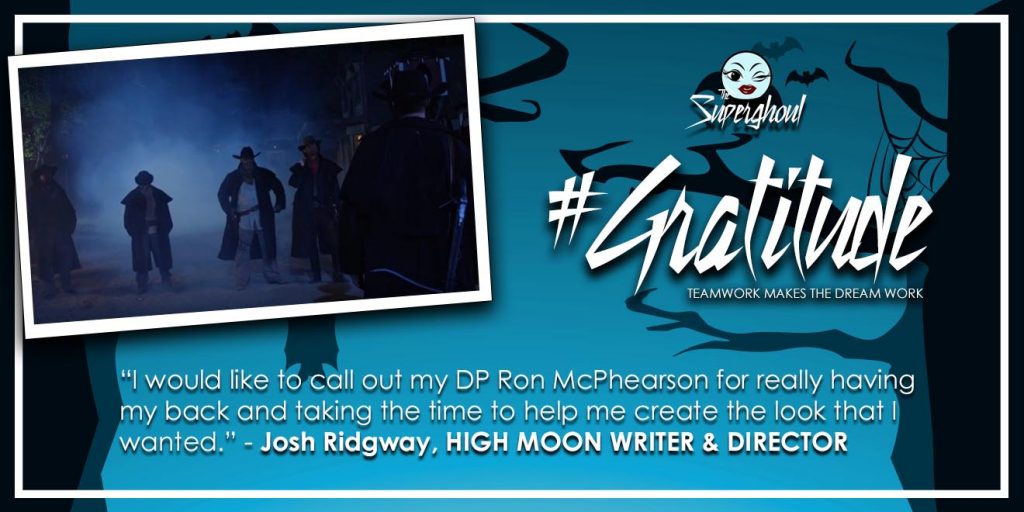