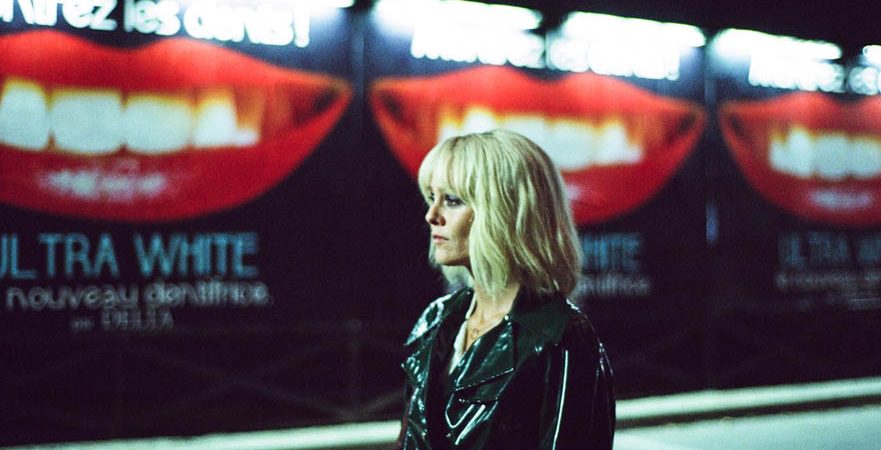 Shudder continues to impress this June with a number of films hitting the streaming platform as well as curated films in celebration of Pride Month! Just check out these highlights.

Things get wild this month, starting off with the Shudder exclusive big bad pig pic, Boar; a Pride Month collection headlined by the Shudder premiere of Knife+Heart; our latest original podcast, Visitations with Elijah Wood & Daniel Noah; a tour through some of our favorite sub-genres with curator Sam Zimmerman’s Shudder Guides, and new additions to the Shudder vault from horror masters John Carpenter, Brian De Palma and William Friedkin, among others. (Programming also available on Shudder Canada where noted.)

Bruce (The Texas Chainsaw Massacre 2’s Bill Moseley) is having a hard enough time relating to his new Australian step-family and their rough, outback town—and that’s before the arrival of murderous, rampaging pig the size of a minivan shows up to wreak havoc. It’s man vs. monstrous beast in this wild, raucous creature feature. A SHUDDER EXCLUSIVE. (Also available on Shudder Canada and ShudderUK)

The exhilarating, entertaining and sometimes even therapeutic experience of facing one’s fears through stories has always fascinated Elijah Wood and Daniel Noah. That exploration can be seen throughout their company SpectreVision’s projects and the artists they work with. Visitations features the two hosts traveling to the homes and workshops of some of their favorite creators in the genre community and beyond. In these intimate visits, guests delve into their lives, their work and how they’ve managed to turn their deepest fears into art. Episodes include conversations with:

All episodes will be available on Shudder Monday, June 3, exclusively for its members. The first episode will premiere on Apple Podcasts, Spotify and other platforms on Friday, May 31, with new episodes released every Monday and Friday. The series features new music by BADBADNOTGOOD and art by Jay Shaw, senior creative director at Mondo. 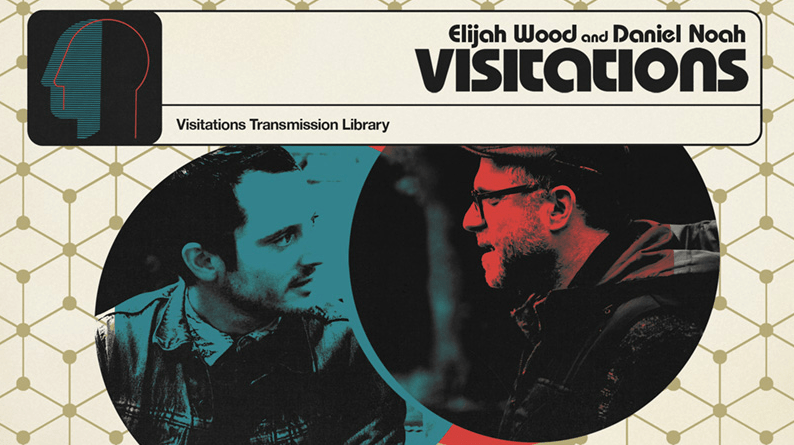 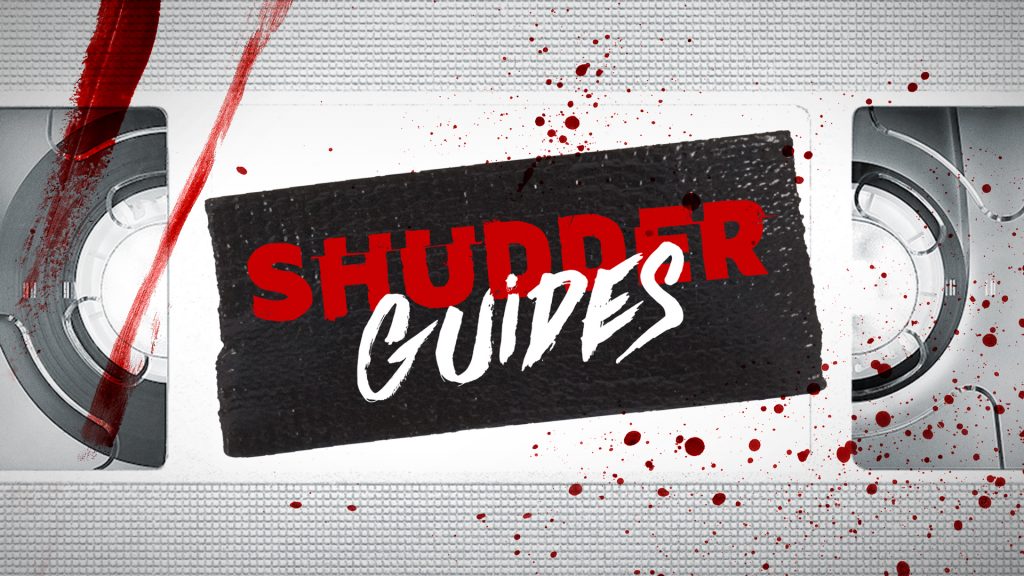 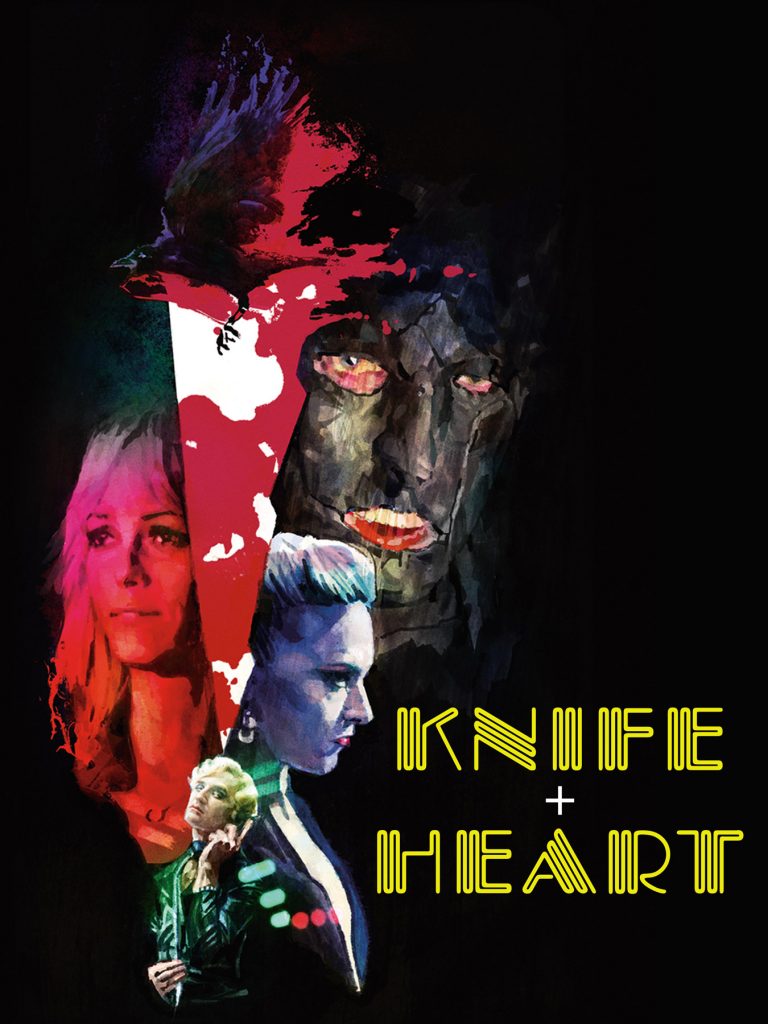 Five adolescent boys (all played by actresses) are enamored by the arts but drawn to crime and transgression. As punishment for a brutal crime, they’re forced to board a boat whose captain is hell-bent on taming their ferocious appetites. After arriving on a lush island where dangers and pleasures abound, the boys start to transform in both mind and body. Shot in gorgeous 16mm and brimming with eroticism, genderfluidity, and humor. Starring: Pauline Lorillard, Vimala Pons, Diane Rouxel, Anaël Snoek, Mathilde Warnier

May 27 (added too late to make last month’s highlights)

A high school geek falls in love with Christine, a bright red 1957 Plymouth Fury that has seen much better days. Setting himself the task of restoring it to its original condition, his friends notice that the car is not the only thing that is changing. Based on the novel by Stephen King. Starring: Keith Gordon, John Stockwell, Alexandra Paul, Robert Prosky, Harry Dean Stanton

When a 12-year-old girl takes on the characteristics and voices of others, the girl’s mother realizes her daughter has been possessed by the devil—and that her only hope lies with two priests and the ancient rite of demonic exorcism. Starring: Ellen Burstyn, Max von Sydow, Linda Blair, Jason Miller

Fred Astaire stars in this terrifying story of the Chowder Society, a group that gathers weekly to share tales of horror, but is invaded by a real-life ghost that is part of their past. Starring: Fred Astaire, John Houseman, Melvyn Douglas, Douglas Fairbanks Jr., Alice Krige

The Phantom of the Paradise (1974, Brian De Palma)

In a remote Alpine village in the 15th century, the orphan Albrun grows up to become a marked woman. The scapegoat of ancient superstitions and monstrous misogyny, this self-styled witch begins to assert her otherworldly birthright. The plague she conjures makes human cruelty look pathetic and small by comparison. This atmospheric debut feature from Lukas Feigelfeld is a haunting pagan death trip and a startling vision of psychedelic horror. Starring:  Aleksandra Cwen, Celina Peter, Claudia Martini (Also available on Shudder Canada)

Two children go missing while on a family trip near caves in Tijuana. The kids reappear the next morning without explanation, but it becomes clear that they are not who they used to be—and that something terrifying has changed them. Starring: Francisco Barreiro, Laura Caro, Alan Martinez (Also available on Shudder Canada)

In this unbelievably tense supernatural thriller, a foreigner’s mysterious appearance in a quiet, rural village causes suspicion among the locals – suspicion which quickly turns to hysteria as the townspeople begin killing each other in brutal outbursts for seemingly no reason.  As the investigating officer watches his daughter fall under the same savage spell, he agrees to consult a shaman for answers – unknowingly escalating the situation into something far more dangerous. Starring: Kwak Do Won, Hwang Jung Min, Kunimura Jun, Chun Woo Hee (Also available on Shudder Canada)

A dedicated Chicago cop with roots deeply embedded in the Appalachian backwoods is forced to put his loyalties to the test when the mob cruelly inflicts tragedy on his family, bringing about a violent clash of clans. Starring:  Patrick Swayze, Liam Neeson, Adam Baldwin, Helen Hunt, Bill Paxton (Also available on Shudder Canada)

A seminary student is forced to spend three nights praying for a young woman who has died, drawing him into a frightening, twilight world, where he is enticed and tormented by Satan’s minions. Based on the acclaimed horror novella by Nikolai Gogol. Starring: Leonid Kuravlyov, Natalya Varley, Aleksey Glazyrin (Also available on Shudder Canada)

Interested in trying out Shudder? This is the best streaming service in genre entertainment and perfect for sampling new films or revisiting horror favorites. If you want to give it a go, you can sign up for a 7 day trial at www.shudder.com.