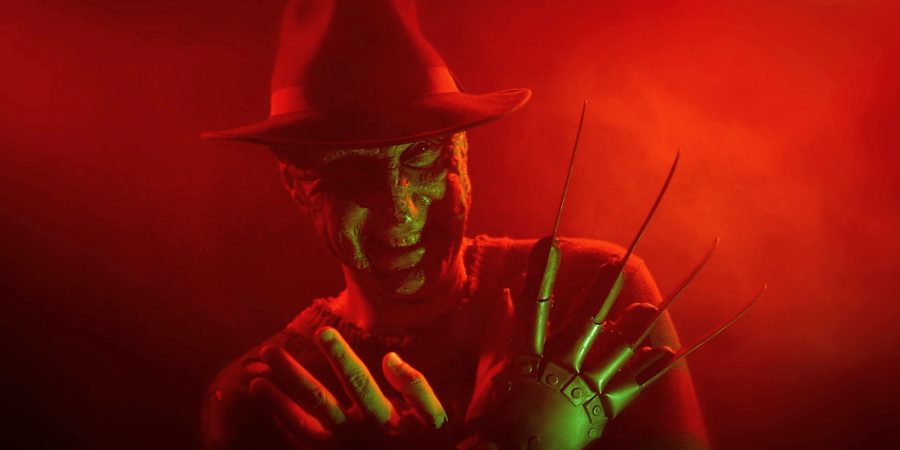 The last Krueger short to come from Blinky Productions Inc. hit YouTube at the stroke of midnight, coincidentally on Robert Englund’s birthday. Fans who followed along with the online film series since 2011 were all the buzz in the chatroom as the stream began for NEW TALE: THE DEMON OF ELM STREET.

Written, filmed, and edited by Chris R. Notarile, the short stars Roberto Lombardi as himself and Fred Krueger in this love letter to Wes Craven’s New Nightmare. The short closely follows Roberto as he continues his acting work with Chris for the already established KRUEGER short films along with Diandra Lazor who met up with the duo to fill the role of Nancy Thompson. 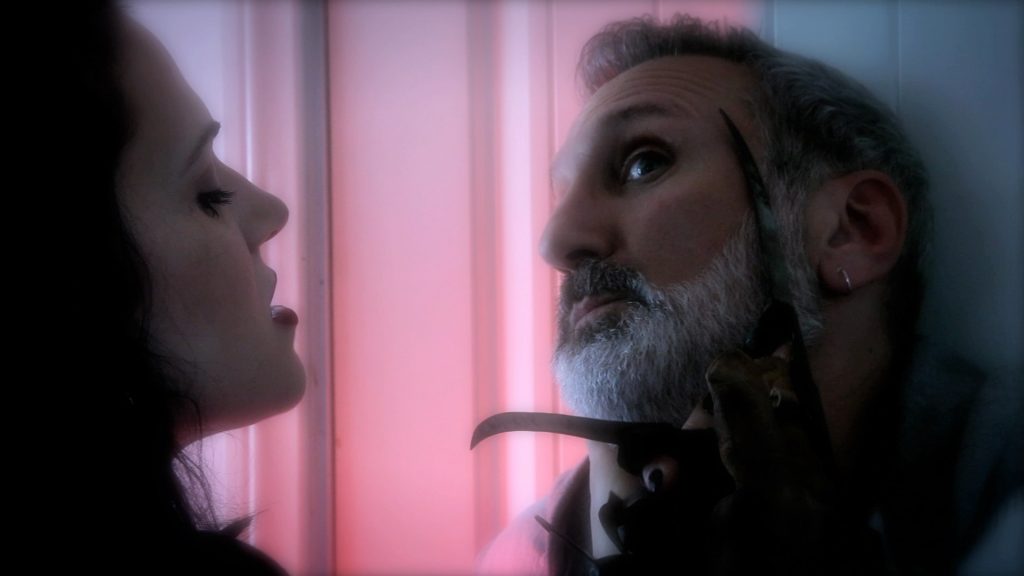 Just as Heather Langenkamp dealt with the demons that followed her role in the A Nightmare on Elm Street franchise, Roberto is served up to audiences in a similar fashion. This time around, Freddy is out to assimilate with the fan film actor and occupy his psyche to satisfy his motives. In a way, Freddy’s agenda felt like a nod to the kickoff of Freddy vs. Jason. The more Freddy is feared by Roberto, the more power he gains so resistance is futile in this case.

As the film continued playing on YouTube, the chatroom messages were in constant motion with fans cheering on the quality of this short they anxiously awaited. While it may be much to confuse Roberto Lombardi as Robert Englund, the similarities they share are indeed striking and even confused some of the viewers in the channel.

By the end of the film stream, viewers expressed their satisfaction of NEW TALE. In a way, it was unfortunate seeing that this was the concluding chapter to a loved online series – by fans, for fans – but as Chris R. Notarile shared in the video description… “like all good things, this series was inevitably going to come to an end.”

The full, touching note from Chris was attached to the upload to answer potential questions from the viewers:

Yes, it’s true. This is our very last Krueger short. There will be no more after this. No part 7. No new series. No new chapters. And unless Newline Cinema hires us, no feature film. I’m not writing this to sound egotistical. I just get a lot of requests from people, so it’s best to just be upfront rather than leave things up to question.

Roberto Lombardi and I began our Krueger series in 2011, and we had no idea it would evolve into what it has become. To those of you who have supported us over the years, we thank you for keeping our series and the spirit of Freddy alive for as long as you have.

But like all good things, this series was inevitably going to come to an end. And it’s better that we end it on our terms, rather than overstay our welcome.

Much like the original Nightmare series, I knew I always wanted to end on a meta note, like they did with New Nightmare. So that was always in the back of my mind. And since Roberto was the quarterback of this series, who better for Freddy to haunt than him?

For years, I’ve tried to be as interactive as possible with this series, and I’ve always wanted to collaborate with certain members of the Fredhead community. So being able to FINALLY bring Diandra Lazor on board was a real treat.

Since this was my last hurrah for Freddy, I wanted to pull out as many stops as I could, so I put a lot of effort into Roberto’s makeup for Freddy. I wanted him to look as legit as humanly possible.

We filmed in my home for two days. Shooting all of Roberto’s bearded scenes first, then shaved him, and shot all of his Freddy scenes second. On paper, it seemed like a very difficult task to make Roberto interact with himself. But when push came to shove, it was actually a lot easier than I had anticipated.

All in all, it was a bitter sweet experience, and I will cherish being able to bring my version of Freddy to life the way that I did. Thank you all for your support over the years and I hope you’ve enjoyed this series as much as I loved making it for you.

Give it a watch and let us know what you think! Be sure to check out the gallery of EXCLUSIVE images provided by NEW TALE’s Diandra Lazor in the gallery below.