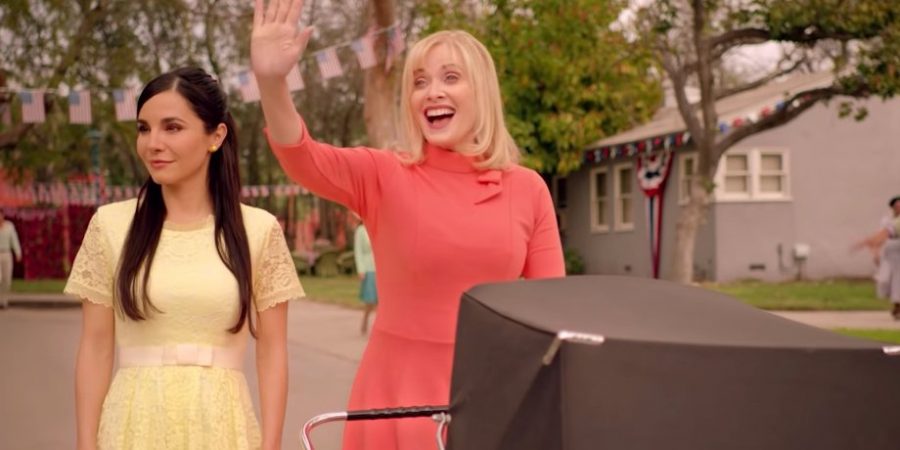 Barbecue grills are heating up and the last of the fireworks are being purchased to celebrate Independence Day. Red, white, and blue looks best when current issues are put on pause for 24 hours, but for Blumhouse TV and Hulu series Into the Dark, the latest segment to hit the streaming platform remembers what you don’t when you turn off the news.

Available to watch as of July 4th, Culture Shock was written by James Benson, Efrén Hernández, and Gigi Saul Guerrero. Also directed by Guerrero, the film tells the story of Marisol Ramirez (Martha Higareda) who is determined to achieve the American Dream. The first step for Marisol? Crossing the border from Mexico to the United States safely while in the last stretch of her pregnancy.

Instead, Marisol finds herself trapped in a cyclical nightmare disguised as a new beginning and she’s guided through her new, strange community by Betty who is played by Barbara Crampton (You’re Next, We Are Still Here, Castle Freak).

Just one day before Culture Shock screened at Morbido Film Festival, The Superghoul had the honor of connecting with Barbara Crampton to discuss her role and experience on the production. Crampton, who previously met Guerrero at Morbido in 2017, praised the filmmaker after watching La Quinceañera not once but twice:

I didn’t know anything about her, or Luchagore, or anything at that point. I loved it so much and couldn’t believe the intensity that was on screen and the mastery of somebody who was so young. I went back the next day and I watched it again, and I’ve never done that at a film festival. I’ve never watched something twice, why would you? There’s so many things to choose from at a film festival. Something really struck me about her work and I went back and watched it the next day. Then I said, I want to meet this girl. I sought her out, and we chatted and became friendly after that.

A year or so after their first meeting, Gigi Saul Guerrero was offered the position of director for Culture Shock making it her feature directorial debut. As the production began to fall into place, Guerrero reached out to Crampton to audition. She accepted the role and Guerrero’s presence as a director did not go unnoticed.

I worked a lot with Stuart Gordon and he’s another director who really is a very hands-on and very collaborative. I found that to be true of Gigi as well. She’s really right there with you at every moment, and after every take, she has something to say and gives you positive feedback, and also might give you an adjustment to play it another way.

Despite the unfortunate circumstances of Marisol’s character and the horrifying reality behind the new community she awakens to in the film, Crampton’s performance as Betty offers warmth and companionship for the protagonist.

According to Crampton, she and actress Martha Higareda had an instant connection when they met and that carried into the purpose behind Betty’s character.

I did play my scenes as if I really enjoyed my time with Marisol and I really wanted to help her. That was my goal, was to be loving and be helpful. That was my intention that I played for the character in the scene, was too to get Marisol to trust me so that she would feel comfortable, and that she wouldn’t question where she was.

That was my job. I don’t want her to question anything in her world that may feel a little off to her, I want her to feel safe there. I had to develop and Marisol-Martha had to develop with me some sort of rapport that felt real and loving and connected. That’s what we were working towards more than anything. 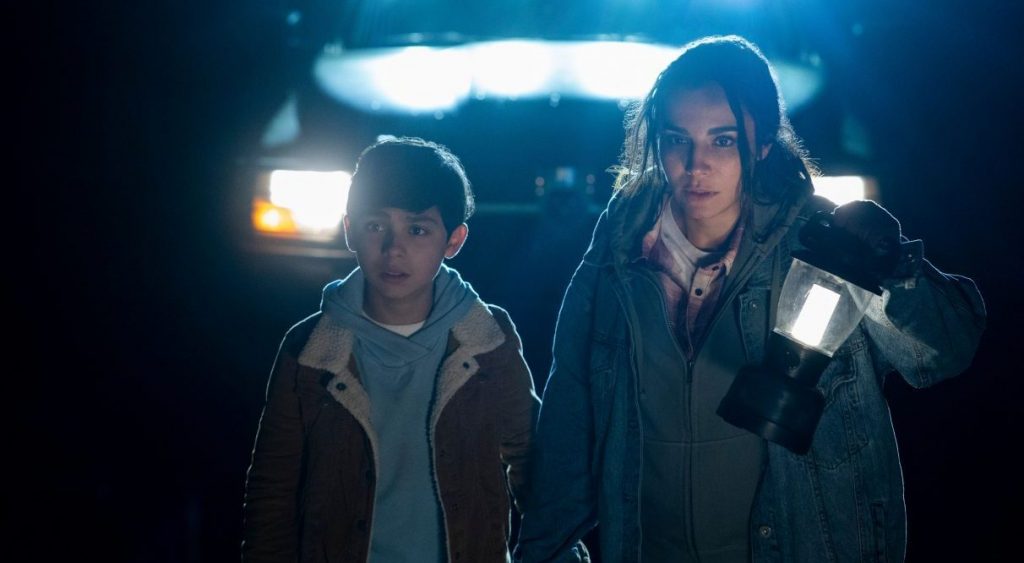 Given the current issues of concentration camps and the discussion of border control, Culture Shock is loaded with real-life horrors. It arrives at a time when most of the nation has privilege in being able to shut off from these horrors without continued thought of the devastation others are experiencing.

We asked Barbara Crampton her thoughts on how Culture Shock will impact film history, especially as we look back on its release.

I think that it puts a human face on a heartbreaking story that’s been so politicized to devastating results. Families have been separated, as we all know, and some children are held without reunification for weeks, sometimes kids are lost.

As we saw last week or this week in the news, that picture of the dad and his child in the water face down. It’s a really difficult, really heartbreaking situation that we’re in right now. Nobody seems to be able to fix the problem.

It’s huge and I’m not a politician and I don’t know all the ins and outs of everything they’re all fighting against. It just seems like they can’t bring themselves to come to a consensus, and a lot of these people are being used as pawns for political reasons.

These are children that can’t even wash their hands, or brush their teeth, and basic things that are so simple that they gave to the prisoners at Guantanamo Bay. We’re all watching news, we know what’s happening.

I hope it will be remembered as something that gives a sympathetic look to some people that really need our help. 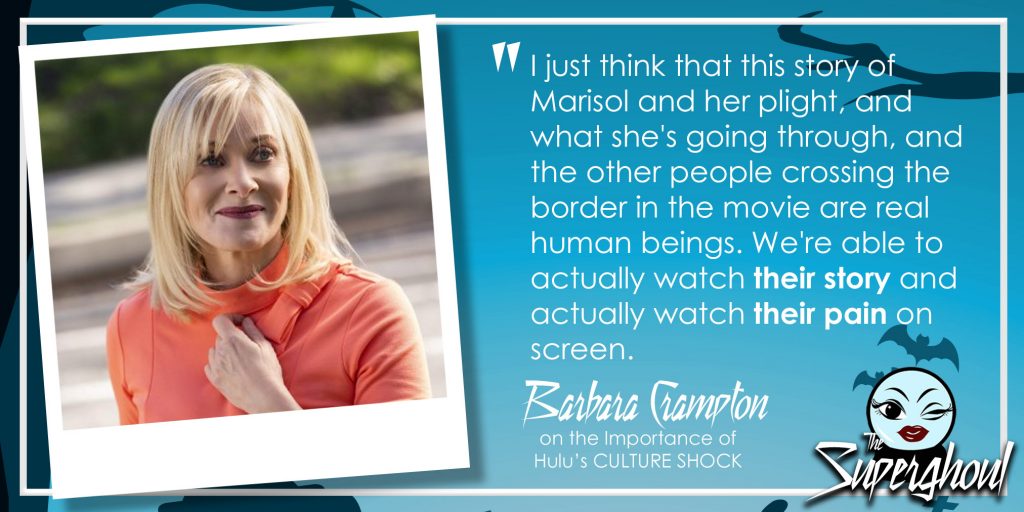 Culture Shock is easily the most important film to join Blumhouse TV and Hulu’s Into the Dark Originals. If you’re not shocked now, you will be.

Visit https://hulu.com to start your free 30-day trial and let us know your thoughts on Culture Shock!