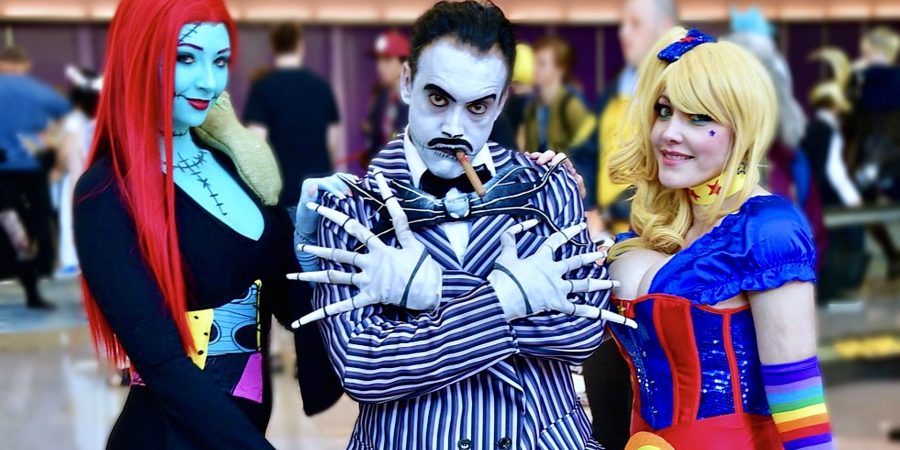 Maybe you’ve had your costume picked out since Nov. 1 of last year or maybe you haven’t decided yet because there’s too much to choose from. One of my favorite types of costumes is a good mashup. I first came across mashups through Disney cosplayers who combined Disney characters with other universes, including Star Wars, Sailor Moon, and Harry Potter.

But there are also some killer horror mashups you might want to consider for this year’s Halloween costume or even your next cosplay.

What do you get when you cross Ash Williams with Wednesday Addams? You get this punny and awesome costume by Tina Rivets. 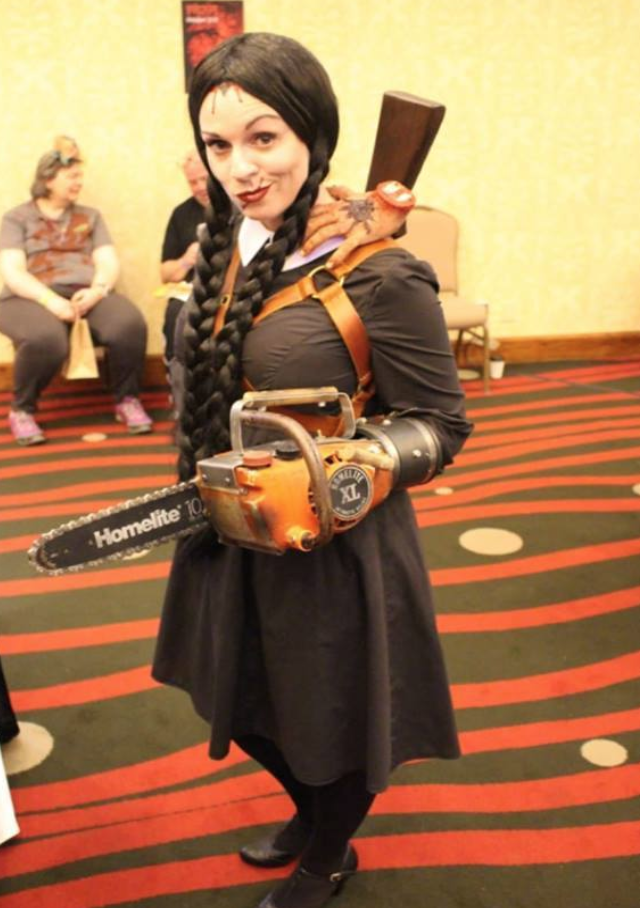 Whether or not you think Freddy or Jason won at the end of the 2003 film, with this costume you never have to pick a side. Both? Both is good. Costume by John-Peter*.

A good play on words is a gif,t and with a costume mashup like “FredPool,” I’m sold. I guess this time Freddy Krueger really does meet a topographical map of Utah. Thanks for the inspiration, Jonathan Green! Follow on Twitter | Instagram.

The Addams Family Before Christmas

A clever combination of two Freddy/ies. An excellent costume for anyone who loves horror and rock n roll, and even a good pun. Another one bites the dust…in their sleep. By @FreddyProps.

Harley Quinn, Batman and Robin Walking Dead style*. Harley takes on Michonne’s role and Batman and Robin are her zombie companions, used to ward off other zombies. Fun, creepy and great for a group! Unfortunately, I don’t know the cosplayers, but the image was found here.

The Princesses of Horror

Give the Disney princesses a dark twist. Sleeping Beauty and Freddy Krueger? Carrie and Pocahontas? Pennywise and Ariel? A truly happily never after.

And two more! These haven’t been done yet (that I know of), but I hope to see them. Hopefully you’ll be the first.

Cosmopolitans and murder – the perfect combo. If someone spilled blood on her prada, it’s no wonder she lost it. Carrie White meets Carrie Bradshaw. 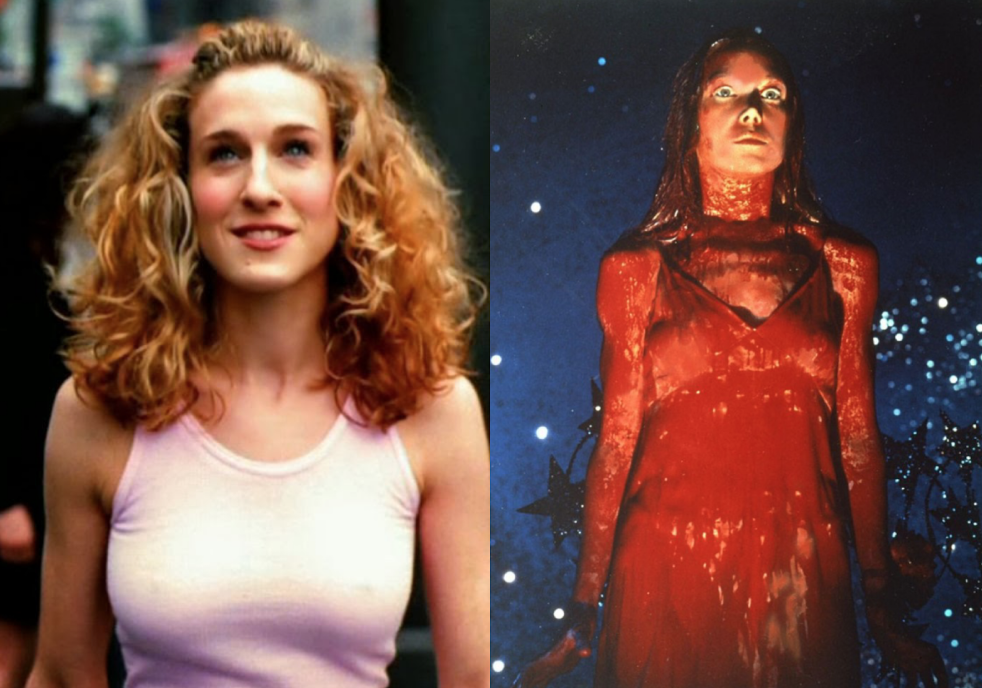 Raise your hand if you’ve ever had someone think you’re talking about Mike Myers the actor when you’re actually talking about the iconic horror character? Now when someone asks, you can simply say “Yes.” Mesh together Mike Myers and Michael Myers for a clever take on Wayne Campbell. The first time I saw this cool mashup was in a pin (which I own) by London 1888. I think it’s a scene-stealer. 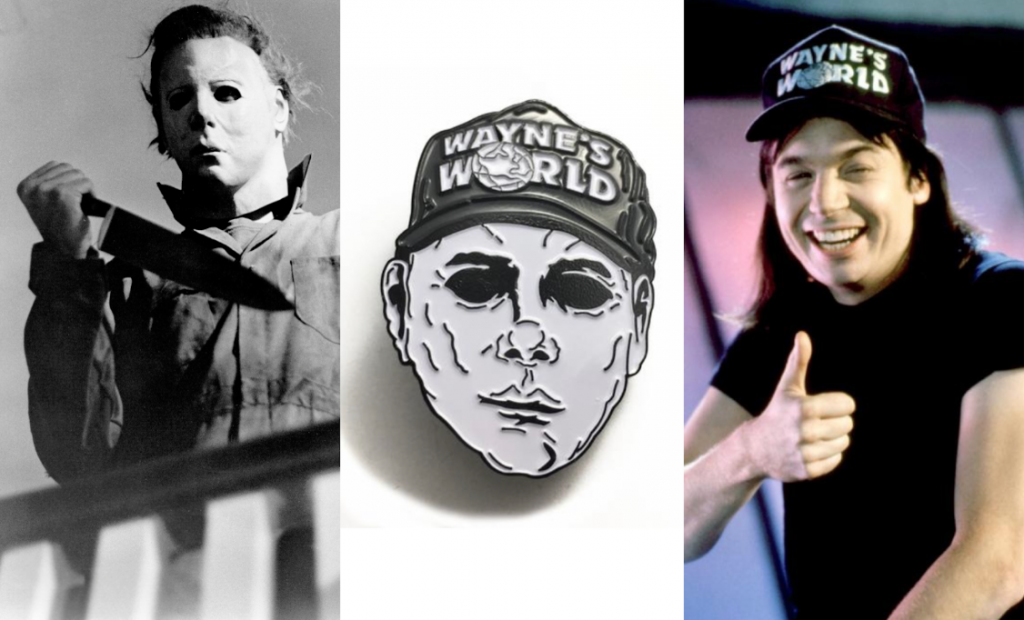 Do you have a favorite mashup that you’ve seen or done? We want to hear! Leave a comment.

*If you know any of the cosplayers without profiles associated, let us know so we can credit them.