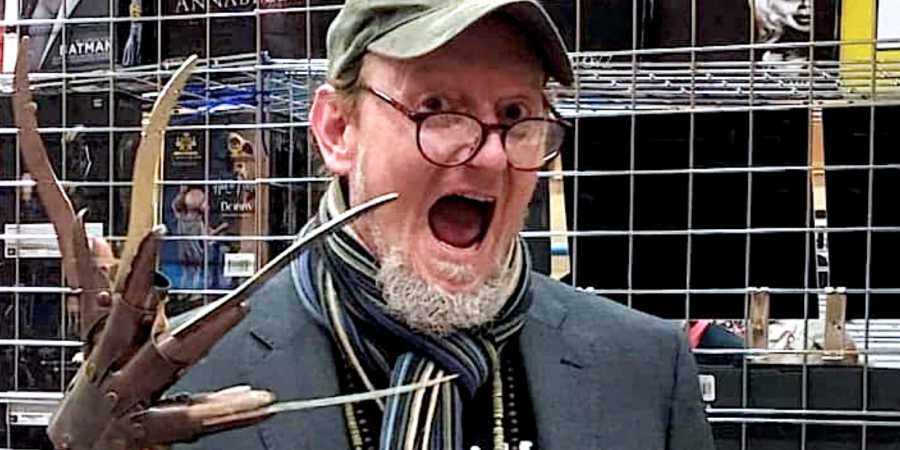 Cosplay rocks. Maybe I’m slightly biased as a cosplayer but there’s a slew of creativity, talent and fun that goes into it. Within the horror world, no convention is complete without a few Freddy Kruegers. But have you ever seen a Robert Englund cosplay?

Thanks to cosplayer and FredHead, Loz Copping, now we have one – and it’s friggin perfect!

“Lozert Englund” as he has titled it, is a spot-on and easily recognizable cosplay of Robert Englund created by Loz. 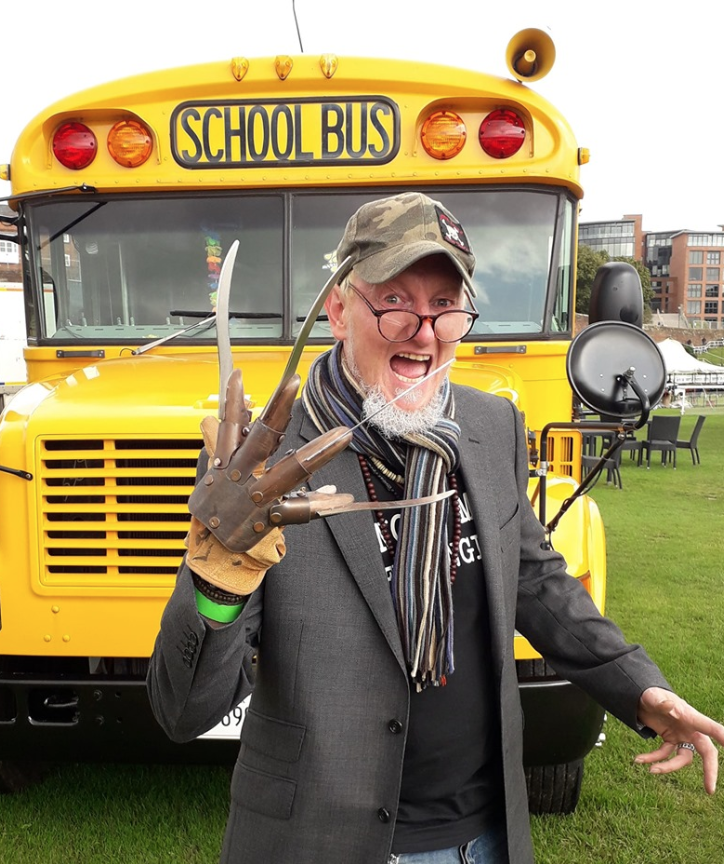 “I’ve always thought I kind of looked like Robert Englund,” said Loz. “I’ve loved his work since I saw the original Nightmare back in the 80s.”

Loz met Robert a few years ago at a convention in Manchester U.K. In the midst of talking to Robert about his work, Robert made a comment about their likeness. Later on, while browsing the internet, the idea struck Loz.

“I saw a photo of Robert on the net and thought it was time to cosplay him,” said Loz, “I don’t think anyone has done that before!” 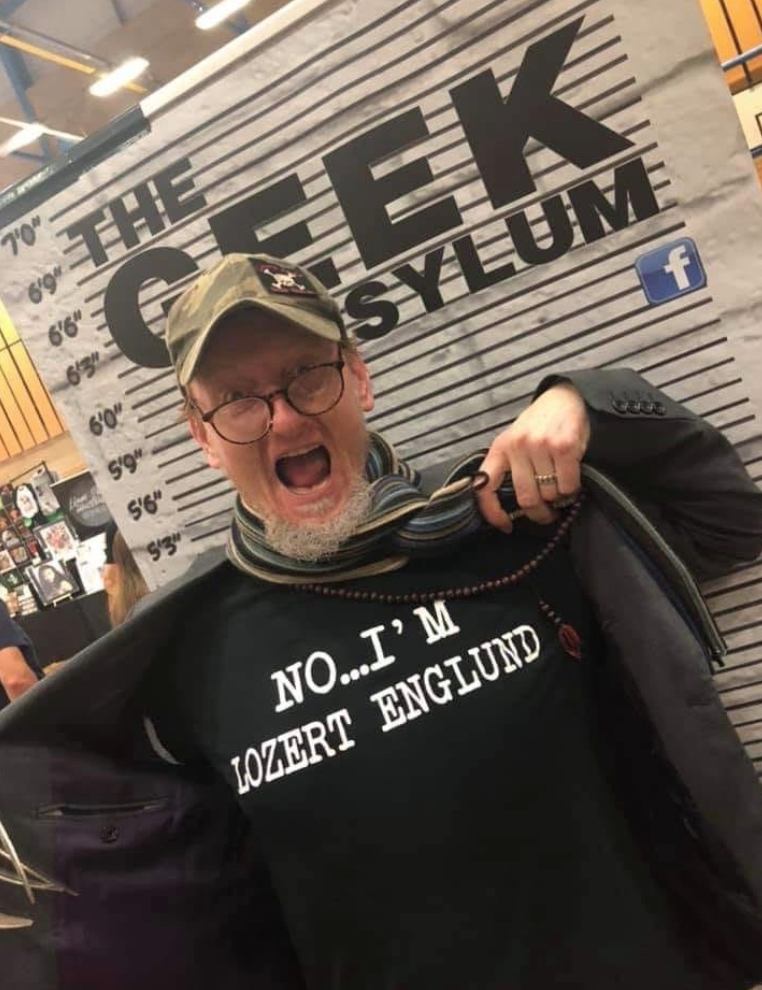 Loz understands how Robert’s personality and brings his charisma to the character. But more than that, Loz doesn’t need prosthetics or an overwhelming amount of makeup to convince us because his natural features sell the look. In the world of cosplay, this is referred to as “genetic cosplay” – where the cosplayer resembles the character they choose to cosplay. It takes only a moment to recognize that Loz’s cosplay as Robert, or to even mistake Loz for Robert himself.

“The reactions have been fantastic!” Loz told us. “I’ve only cosplayed him three times so far, but people do a double take and ask, ‘Is that really Robert?’ And Warped Con has been the best thus far!” 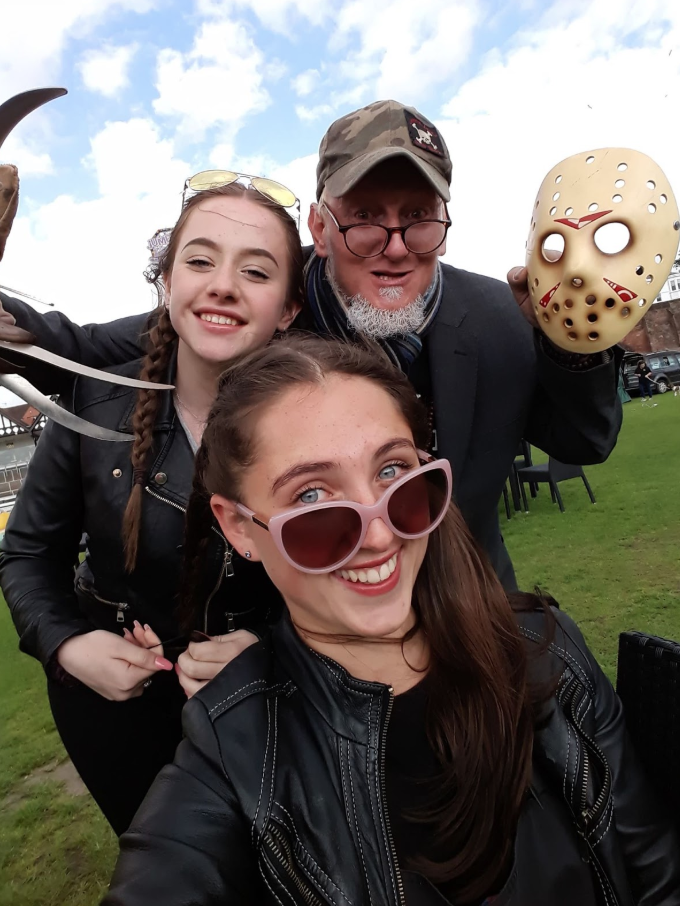 Loz is just getting started with his Lozert Englund character.

“I’ve designed and started to construct a new boiler room photo op set that I’ll be able to use for people to have pics with me on at events!”

Well, Loz, count us in on that. Bravo. Keep up the great work!

Follow Loz’s store, Captain Jacks Prop Shack, for more on Lozert and what Loz has coming up. 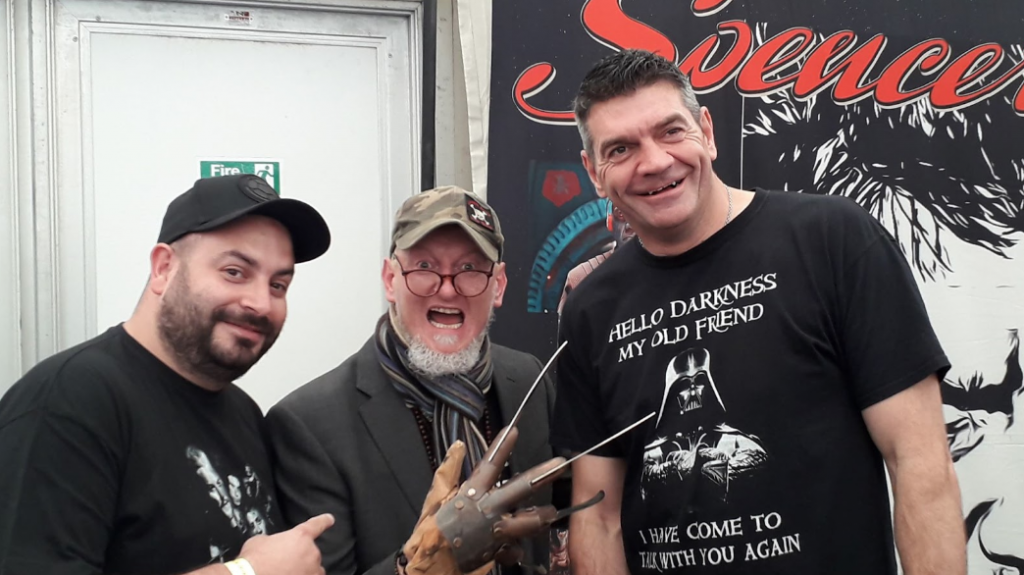 Diandra Lazor is a producer and cast member of FredHeads: The Documentary and a contributor to The Superghoul’s new FredHeads Corner. Follow along there for more Nightmare related updates or visit FredHeads on Facebook!