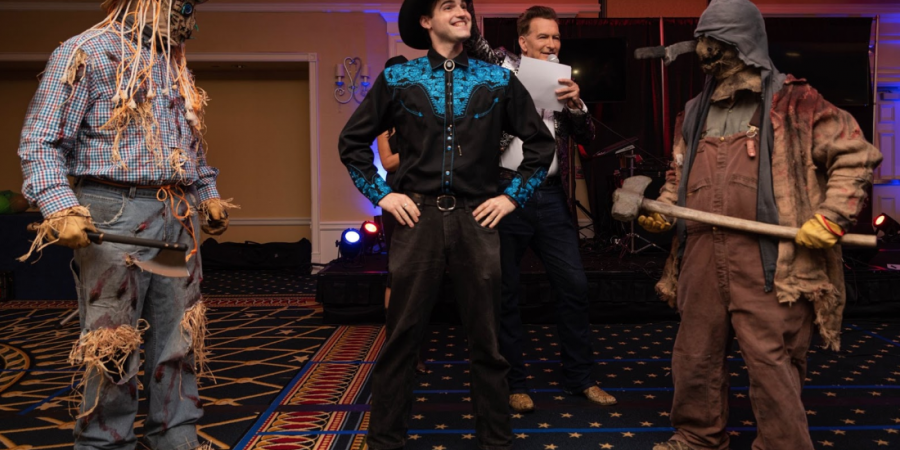 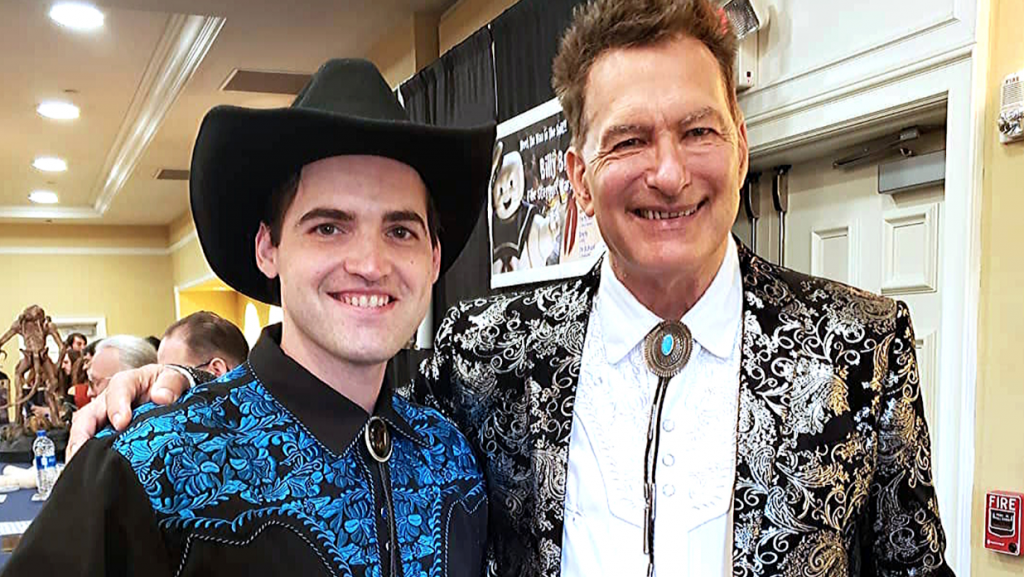 To the universe and myself, I’m sorry.

I missed MonsterVision on TNT because I didn’t watch horror as a kid. But my boyfriend introduced me to Joe Bob and I quickly fell in love with the quirky Texan.

A few months ago, I came across a Twitter post that was retweeted by Joe Bob himself of a Joe Bob cosplayer and I absolutely lost it. His name is Colin Antes and he is the spitting image of young Joe Bob. Naturally, I did what any normal fangirl would do: I searched him out.

Like the Robert Englund cosplayer I wrote about previously, Joe Bob isn’t your usual cosplay. In fact, I don’t think I’ve seen one prior to Colin.

Colin also didn’t grow up with Joe Bob on TV, but instead found him on YouTube.

“I first became a fan of Joe Bob after viewing a Cinemassacre video on YouTube describing the history of TNT’s Monstervision,” Colin says. “This gave me my first introduction into who Joe Bob Briggs was, and it left me wanting to go back and watch many of his reviews during that time that were on YouTube. His knowledge and insight into the movies that he was reviewing were entertaining and impressive, and it turned me into a huge fan of his.” 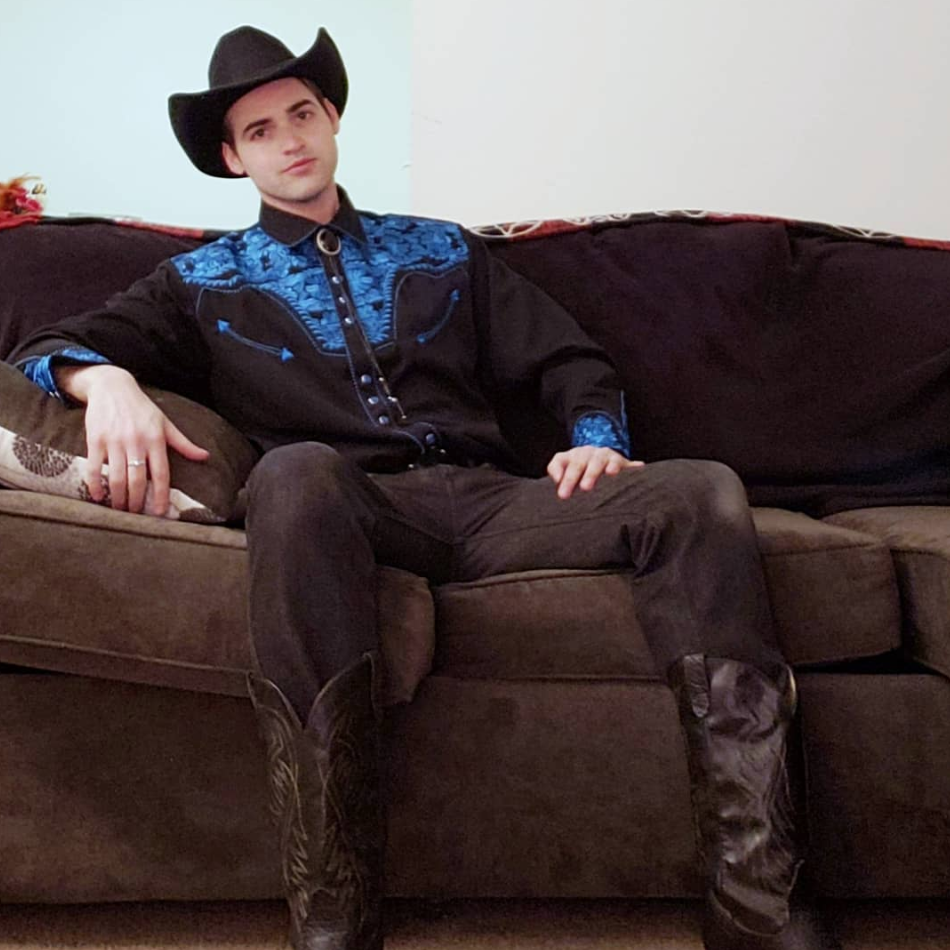 Colin was thrilled to learn that Joe Bob would be hosting movies again through Shudder, and that sparked his desire to do a cosplay.

“Now that I had become a huge fan and supporter of Joe Bob, I decided that I wanted to assemble a Joe Bob cosplay sometime before the premier of his first season of The Last Drive-In on Shudder,” Colin says. “I wanted to be able to channel and be just like Joe Bob for the very first episode in March.”

Some of us mark the occasion with a shirt, but Colin dressed up in cosplay to for his private viewing. That’s dedication. All cosplay has some level of dedication and even the simplest outfits can be the most difficult to come by.

But Colin lucked out on finding pieces for the costume.

“I decided that his black and blue western style shirt that he wore for the promotion for his Dinners of Death marathon, and for the cover of the second issue of the new Fangoria magazine, would be the most recognizable look for me to cosplay that would let other fans know that I was cosplaying Joe Bob,” Colin explained. “I was fortunate to be able to find the exact same shirt for sale on Amazon. I then got myself a simple black cowboy hat, bolo tie, and boots, and my Joe Bob Briggs cowboy look was complete.”

The first time Colin brought the cosplay out in public was a few months later at the nearby Monster-Mania convention in Cherry Hill, New Jersey. That’s when he posted a picture of his cosplay online that caught the attention of Darcy the Mail Girl and Joe Bob.

The compliments on his cosplay rolled in.

“It was a great feeling having other fans recognize that I was cosplaying him and smiling, wanting to take a picture with me,” Colin expressed. “I always like being able to pull off a cosplay that can be easily recognized but is also not seen very often. I’ve cosplayed many recognizable characters before, but they were mostly always done many times by many others before me. I’m probably the first Joe Bob cosplayer that I know of.”

His time with the man himself came shortly after.

“I got to meet Joe Bob for the very first time two weeks later at another horror convention in Gettysburg, called Creature Feature Weekend,” Colin told me. “They were having a costume contest there that was going to be hosted by Joe Bob himself, so I was definitely going to be meeting him in my Joe Bob cosplay for that con!”

And Joe Bob was thrilled to meet Colin. 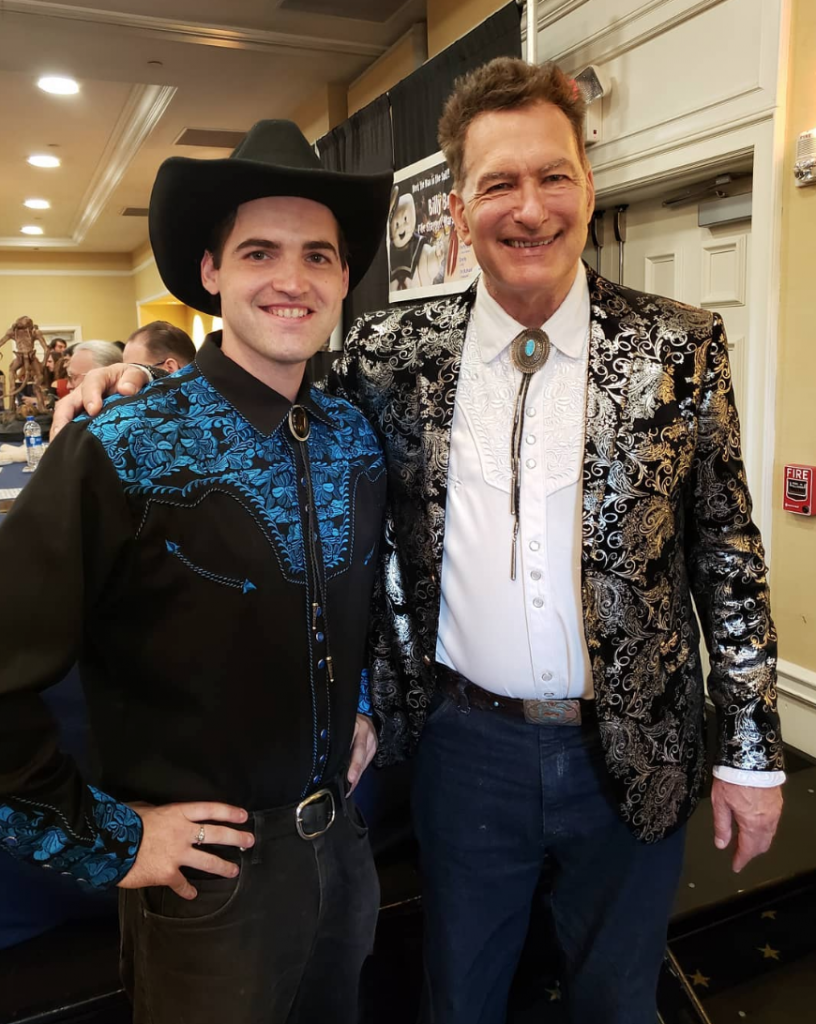 “When I first got see him, he basically said wow, that he should have worn his black and blue shirt that day to match me, and that I had started a thing with others starting to cosplay Joe Bob during his appearances after seeing the picture of me that he retweeted,” Colin explained.

“I’ve met celebrities while cosplaying their most famous characters before, and it always make a good impression on them, and gives them a big smile,” said Colin. “Being the Dread Pirate Roberts from The Princess Bride and meeting Cary Elwes who portrayed him was another favorite moment of mine doing this. When they want to have their pictures taken with you, it’s just the best feeling. My current cosplay dream is to one day meet Doug Jones as Billy Butcherson from Hocus Pocus.”

Colin saw Joe Bob again at his show How Rednecks Saved Hollywood in Phoenixville at the beginning of October and the two coincidentally wore the same jacket.

“I ordered the black and silver jacket that he wears most often at events, hoping to catch him wearing it the next time I met him in person,” Colin said. As luck would have it, that’s what happened. 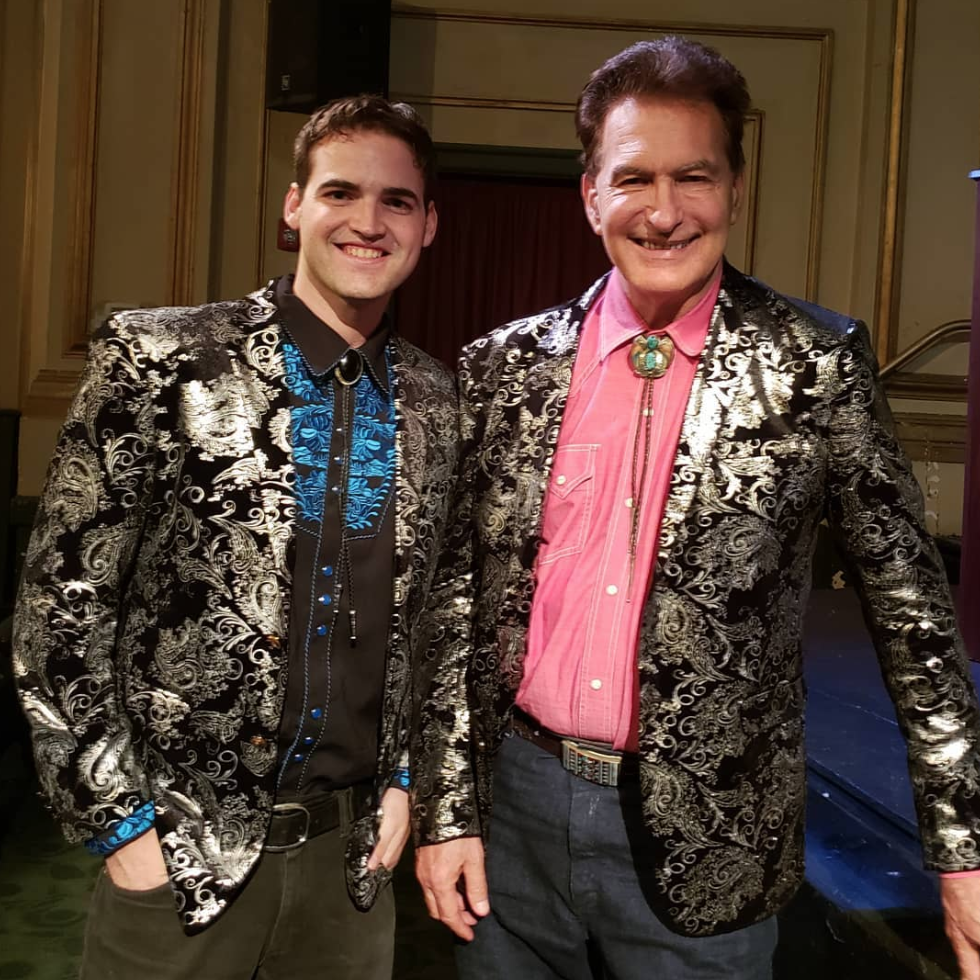 “I’ve found more Amazon sources for the shirt and fancy blazer that he wore while dancing with Darcy during the Prom Night II season finale episode of the Last Drive-In,” Colin shared. “After that event, I’ll probably use Joe Bob as an easy Sunday cosplay during horror conventions in the future. Of course, I’ll always be Joe Bob whenever I get the chance to meet him again in the future.”

You’ll have to let the rest of us Joe Bob Briggs fans know, Colin, because we can’t wait to see what you have up your sleeves next. Perhaps something just in time for Joe Bob’s upcoming Red Christmas special on December 13th.