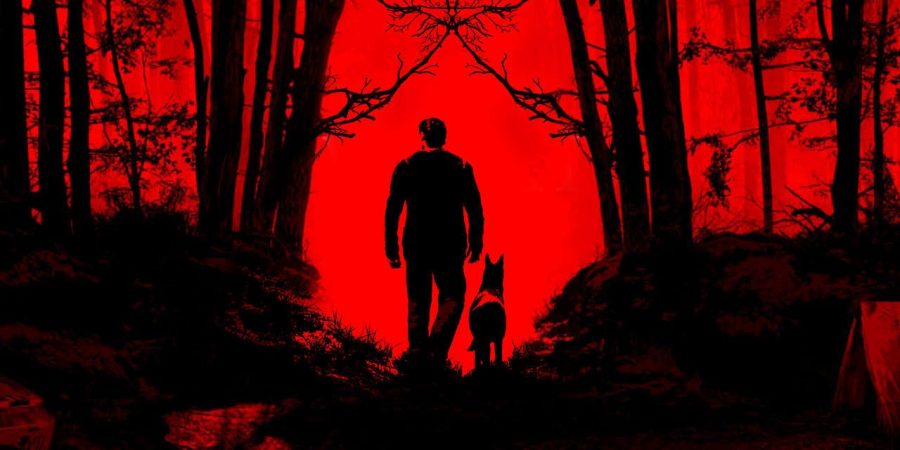 Blair Witch was released by Microsoft in August 2019, developed by Bloober Team. Blair Witch is a survival horror game that exists in the Blair Witch franchise, obviously linking up to The Blair Witch Project. It’s a worthy addition, and worth the time of fans who appreciate the fusion of survival, horror, and puzzle games.

The story of Blair Witch has a very simple base; Ellis, our protagonist, is assisting in the search effort to find a boy who went missing in the woods. Ellis begins the search alone, with his trusty dog, Bullet. He has a walkie talkie and communicates with the Sheriff and the other search volunteers. It’s clear that most people hold some sort of grudge against Ellis, and the Sheriff is wary of him, but it’s unclear why.

Ellis quickly comes upon Peter’s baseball cap, and his dog picks up the boy’s scent. While he’s searching, Ellis has a PTSD episode. Once Ellis comes to, it’s night. The woods have become dark, and foggy. In a word: spooky! It’s witchin’ time!

Ellis finds a video camera, with videotapes. It’s revealed that watching these tapes can manipulate reality. By pausing the videotapes when certain objects are on screen, objects that were previously nonexistent will appear in the environment.

Ellis treks on and finds the Sheriff’s dead body alongside a tape that shows the murder but not the murderer. Ellis moves on, unable to contact anyone. He’s lured into a cave, where an eerie voice calls “Come to me, Ellis”. It’s sufficiently off-putting. Ellis flees. Smart guy. He finds a cabin with a dead body inside. There’s a tape with footage of the man being killed by a terrifying, dirt-covered man. This is the Carver. He knocks Ellis unconscious. Carver is the one who lured Peter into the woods, and clearly is someone or something, that does the Witch’s bidding.

When Ellis wakes up, Carver gives him instructions via the walkie talkie to gather supplies. Ellis does what he’s told, believing that Peter’s life hangs in the balance. Ellis cautiously follows Carver’s path and arrives at another cabin. This is clearly the Blair Witch’s cabin. The imagery is incredibly similar to the original movie, and it’s a super cool callback.

The big finale of the story varies depending on what ending is achieved. Whatever ending someone gets, the game is still pretty satisfying, and overall a good time.

The game plays on the story pretty thick, and fast, but overall, the game leans FAR to the genre of survival. The story serves as a great base, and a strong motivation, but Ellis’ actions are propelled more moment to moment, held together by his overarching goal to locate Peter and get him to safety.

Blair Witch fits into the lore of the franchise perfectly. We’ve got an example of the Witch manipulating not only space but time. In these woods, HER woods, the Witch reigns supreme. In recent years, the idea of the Witch having monsters or evil people to do her bidding has been introduced, and this game includes both. It’s a really concrete way to see how the legend of the Blair Witch has evolved in the media as the years pass. I LOVE the Blair Witch stories, so playing this and watching the story made into something new is something that always brightens my day. You know, despite the horrendous and scary story.

The mechanics of the game aim to make the game easier. They’re incredibly helpful and sometimes downright funny. On Ellis’ phone, it’s possible to play little games, like Snake. Ellis can also call his sort-of-girlfriend, Jess, and talk to her briefly at almost every point in the game. This works as a clever way to humanize Ellis and remind the player that he is in fact a person and not just a POV.

When something in the game becomes intricate, such as turning on the headlights in the Sheriff’s car, there’s always an instruction manual nearby. Plot conveniences like this are pretty common, and sometimes far fetched, albeit incredibly helpful. It’s also helpful how the use of the video camera isn’t vital right out of the gate. The game gives you time to learn how to use it, and what it can and cannot be used for.

This is a game where you are REALLY going to want to use headphones. The binaural audio is important when it comes to locating enemies, and having your headphones on is going to make that way easier, and the game far more enjoyable. Another important, and sometimes a little touchy, aspect of the game is screen brightness. When the game initially launches, prior to any story beginning, the player is prompted to find the perfect brightness level. It’s pretty easy, but then when the woods are super dark, the game can be hard to navigate, and anything that is on the screen for a short time is easily missed. This is an atmospheric choice, no doubt, but it can be frustrating.

Throughout the game, Ellis has his trusty dog, Bullet, by his side. It’s kind of adorable because Ellis can pet Bullet, give him treats, and very affectionately call him a “good boy”. Bullet consistently finds important items, a recurrence of helpful plot convenience, and can lock on to a person’s scent if Ellis is trying to find them. It’s important to keep track of Bullet and call him back if he wanders too far. It proves difficult, but Bullet’s reflective collar keeps the task of locating him from becoming time-consuming. Overall, it’s a fun addition! It’s cute to have Ellis’ dog trotting behind him for the whole game. 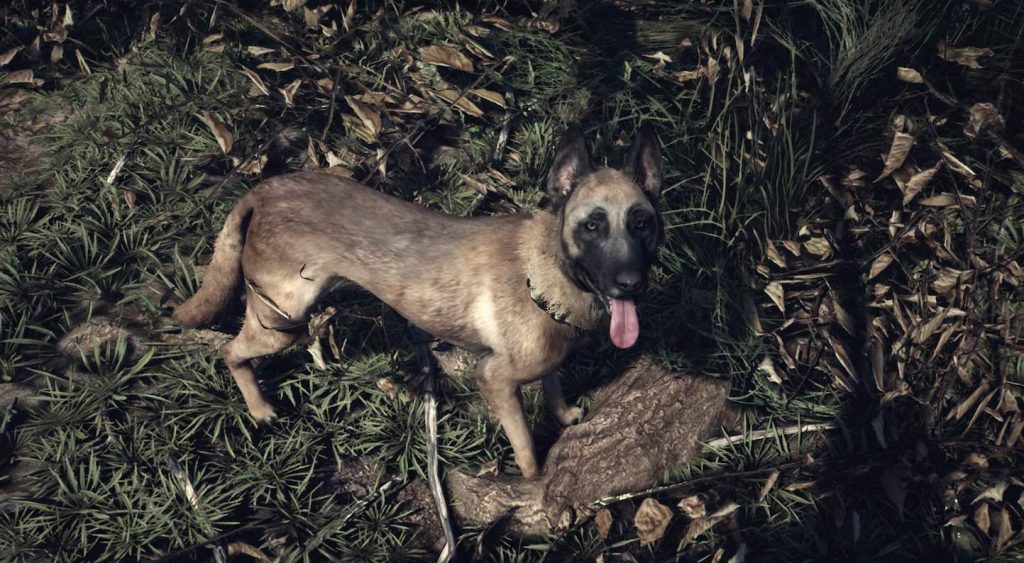 Oddly enough, this game gave off some HEAVY Ghost Adventures vibes. To be fair, it didn’t at first. To anyone who may not know, Ghost Adventures is a wildly popular show where the crew gets locked in haunted locations at night. They use handheld video cameras to walk around in the dark. About midway through playing the game, I tricked my roommate into watching Ghost Adventures with me. Afterward, once I was back to playing Blair Witch and Ellis whipped out his video camera, there was no going back.

Monster wise, the game is lacking. If you’re a fan of well developed and terrifying monsters, this may not be the game for you. The atmosphere is well done, and the forest is satisfyingly tricky to navigate. But, the monster count is lacking. Anytime a monster appears, it flees when Ellis shines a light at it. Even if the monster is rushing at you, it is likely under a pile of leaves. It’s a little disappointing when the most detail seen of the monsters in the game are red outlines in a video camera digital display.

The big question for Blair Witch: is it scary? Not really. The game is far more survival than horror, with the time spent searching for puzzle pieces outweighs the amount of time the player spends on the edge of their seat.

Overall, Blair Witch is a fun game, with fans of the survival genre being entertained by the clever storytelling, characterization, and puzzling turns that keep the player curious. The game earns a well deserved 3 out of 5 creepy stick figures!