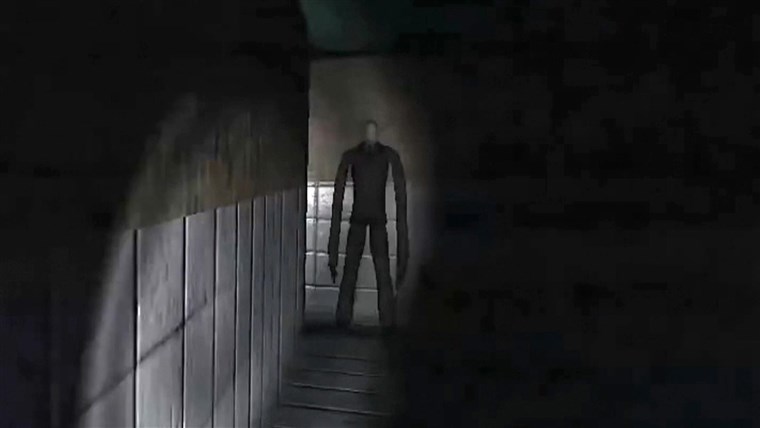 2010 through 2019 was revolutionary in terms of the horror genre of video games. Game engines evolved, the details in animations and graphics exploded, and virtual reality went from a thing to dreams to the prompter of nightmares (after a really great game). The amazement of technical advancements aside, there have been several leaps in the game industry that have changed the way that horror games are built, thought about, or distributed.

So, here we go! A few of my personal favorite game highlights of this decade! In no particular order…

Good ol’ Slendy. Slenderman was first photoshopped into existence in 2009 (I know, I know) by a Something Awful forum user. Stemming from a photoshop contest, Slenderman laid dormant as a creepypasta until 2012, when all hell broke loose. “Slender: The 8 Pages” came out in the summer or 2012. The game was received so well, so quickly, that the game website crashed. For a brief time, the only way to download the game was to navigate several Reddit and subReddit pages to find a working link. And the rest is history. 2013 spawned a longer, more developed form of the game ‘Slender: The Arrival” which held several levels, and a coherent story that introduced some of the newly developed mythos into the game. The Slender Man movie arrived in 2018, received mixed reviews, but stirred the pot once again in terms of Slenderman’s presence in the media.

The Halloweens of 2012 and 2013 were filled with middle schoolers, high schoolers, and college kids alike running around in white morph suits in a black suit and tie. People were photoshopping this creep into screenshots of any show they could think of. Games about Slenderman sprung up like weeds and they still aren’t stopping. There’s even another Slenderman movie currently slated for 2020.

Slenderman was proof that pieces of horror game culture could permeate into the mainstream culture without a massive studio behind it.

Silent Hills P.T. (Playable Teaser) was a joint effort by Hideo Kojima with Guillermo Del Toro. The playable trailer was made for a full-length game that would never come to fruition. Released in 2014, the game sent terrified ripples through the game community. This game has made my shortlist for one big reason; not the scares, or the story, or the complicated history the game now holds.

The story of Silent Hills P.T. shows a determination found only in the most stubborn communities. P.T. was taken down and the studio behind its creation would refuse to acknowledge that the game ever existed. That didn’t exactly fly.

Anyone who already downloaded the game just kept it, but that’s not where it gets interesting. The game was so loved that people began making copies of it on their own. Although none lived up to the original, one user remade the game with such accuracy that the game company responsible for P.T. finally acknowledged the game by issuing a cease and desist to the person distributing the copycat.

I’ve been lucky enough to play the game! A friend of mine downloaded it when the game was initially released and luckily never deleted it. I have to say, it does live up to the hype. Which speaks highly of everyone who tried to remake the game on their own, from scratch, so that others could have the joy of playing it.

The rapid rise of accessible virtual reality technology is stunning. In 2010, the Oculus Rift prototype was only capable of simple tracking. By the time it was released in 2012, the headset was expensive and not incredibly accessible to those who were not professional gamers, or didn’t have 400- 500 dollars to drop on a headset that was only compatible with a set amount of games.

Now, going into 2020, my dad has a few interlinking pieces of cardboard and two circles of glass and he has the perfect recipe for giving my Mom motion sickness.

Jokes about my parents aside, the rise of VR would mean almost nothing if the accessibility of that technology hadn’t also expanded immensely. In terms of games, the technology could be amazing, but if people can’t appreciate it, then it doesn’t mean much

Accessibility leads to my last point and my favorite for the decade.

Believe it or not, the first Let’s Play was via a discussion forum in 2004 (I know, cheating again). As uploading video content grew in popularity, people began playing games and posting reactions on youtube. It was a great way to enjoy video games if you didn’t have a console, or couldn’t afford the game. It wasn’t a new idea, but it caught on.

Let’s Plays have become an integral part of Youtube, and some of the most popular YouTube personalities specialize in these types of videos. You could call them silly, or frivolous, but I’m calling them awesome. Many of the personalities who record Let’s Plays can connect well with their audience and provide an extra level of entertainment on the video games. Let’s Plays allow for the spread, and often enhancement, of the entertainment that video games were made for in the first place. All you need is an internet connection. Let’s Plays can help spread the awesome-ness of games to people who may not have a 300 dollar system and a hundred bucks worth of platform-specific games, or if someone who generally isn’t confident with video games wants to enjoy it without the struggle. At one time, I was both but it wasn’t until I started writing this article that I realized that. I was able to enjoy and love video games even though the only gaming device I had at the time was a Nintendo DS and a Wii.

I hit this point several times, and I’m going to hit it again. The accessibility of video games has grown exponentially in the past 10 years. It’s easier than ever to access the stories that video games can and to enjoy games even if you don’t have the money or skills to play.

Walkthroughs of games are available on YouTube. Virtual reality games can be downloaded on a phone for free and can be accessed with a 25 dollar cardboard kit.

Financial burdens are not the only thing that hinders the accessibility of gaming. Those with physical disabilities could also be hindered in terms of the fine motor skills needed to play with video game controllers. Microsoft released the adaptive controller for X-Box in September of 2018. This isn’t a plug; it’s a thank you. It’s a leap in the right direction.

I know that I sort of sound like a broken record, but I mean it every time that I say it: the accessibility of these games is just as important as any graphics engine or marketing team or choice-altering storyline.

I know that this article doesn’t hit the Top 15 Horror Games of the decade, but personally, I think it hits something a little more important. To highlight the strength and growth in a vast community is a vital step in continuing to grow. Yeah, there was a lot of crazy stuff.

But there was a lot of crazy cool stuff, too. Especially in the places where we wouldn’t think to look.