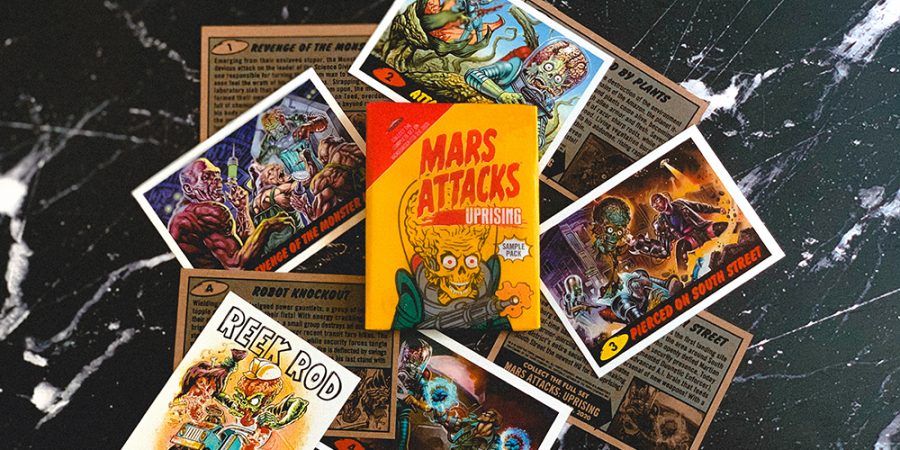 They’re baaaack. Just when you thought you were safe, familiar green visitors occupied your tv screens during the Super Bowl of all places. Securing a bag of earthly snacks, these aliens unexpectedly popped up for a cameo in an “Out of this world” Walmart commercial. Aliens gotta eat too.

Their hunger for dominion didn’t end with salted crisps and has now taken them on a brand-new adventure. In partnership with Topps, SideKick Lab is ushering in a follow-up series to the highly successful 2015 Mars Attacks: Occupation trading cards. After nearly six decades, Uprising will continue the story of Earth’s struggle to free itself from the unrelenting and gruesome grasp of these alien overlords. Chock full of devious action and twisted dark humor, these cards will be printed on retro stock and designed to emulate the original 1962 series, packaged in an old school wax wrapper. This installment is sure to thrill long-time fans as well as new folks joining the clash. 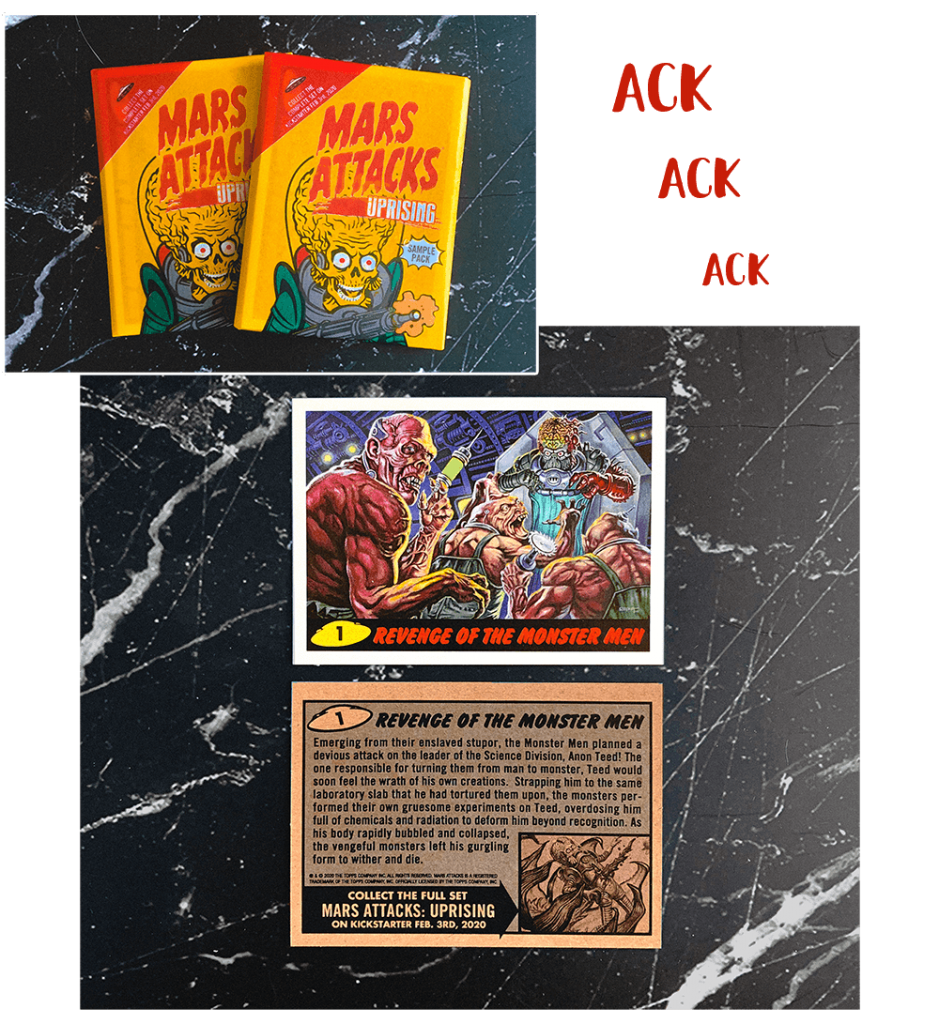 One battlefront has already seen triumph as this Kickstarter campaign was fully funded in under an hour! So, what can fans expect?

With a la carte options and varied bundles, collectors have the opportunity to glean exactly what they want, how they want it. Specialty reward levels will even allow the rare opportunity to be painted into the series itself. That’s one heck of a deal! Want even more unique treasures like the original cut signatures from creators of the initial series, including visionary artists Wally Wood and Bob Powell? It’s yours for the taking, all you have to do is wrest control by clicking here! 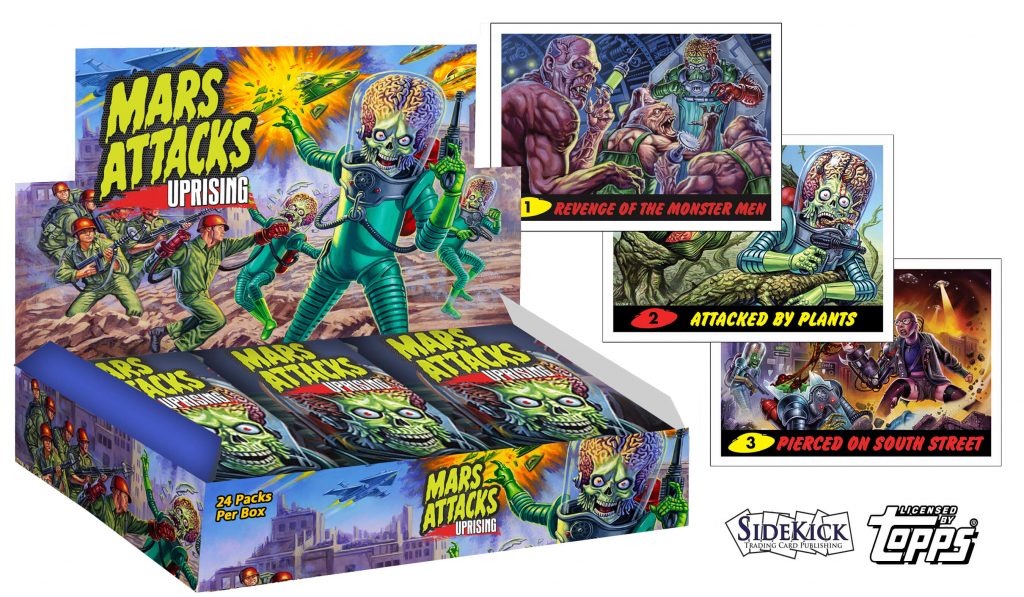 Will mankind prevail or will Mars further secure its merciless command? Strike back and show your support! Mankind’s survival is now in your hands…or it can be. Don’t miss out!