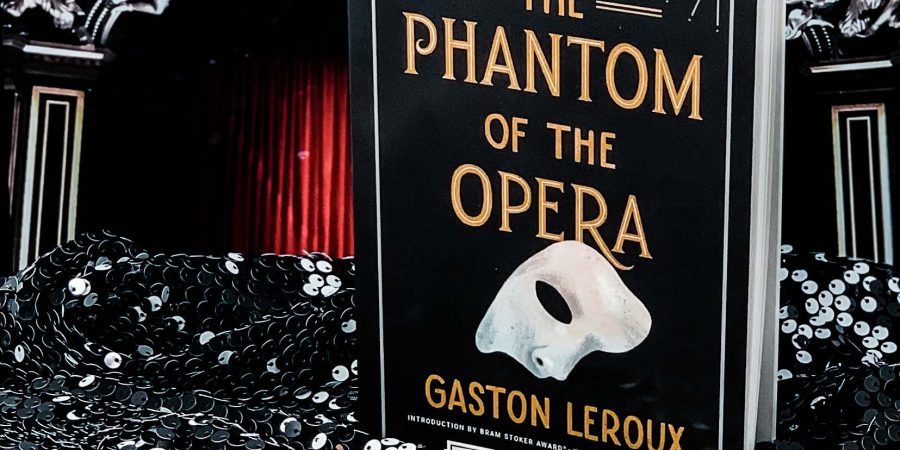 The connection between horror and fiction has been strong for a long time and we see influences from authors and books in horror movies constantly. With each work created – in film or in literature – the original stories are sometimes forgotten or cast aside and don’t receive as much attention as others. Enter The Horror Writers Association.

Towards the end of 2019, they teased a new line of classic horror books reissued to once again recognize them as literary masterpieces of their era as opposed to distorted interpretations we see theatrically or in cinema. The line of books, the Haunted Library of Horror Classics, is edited by Eric J. Guignard and Leslie S. Klinger, who sought to reintroduce these classics to modern readers.

We connected with Editor Eric J. Guignard to learn more about this line of classic horror books and his involvement with the publications. 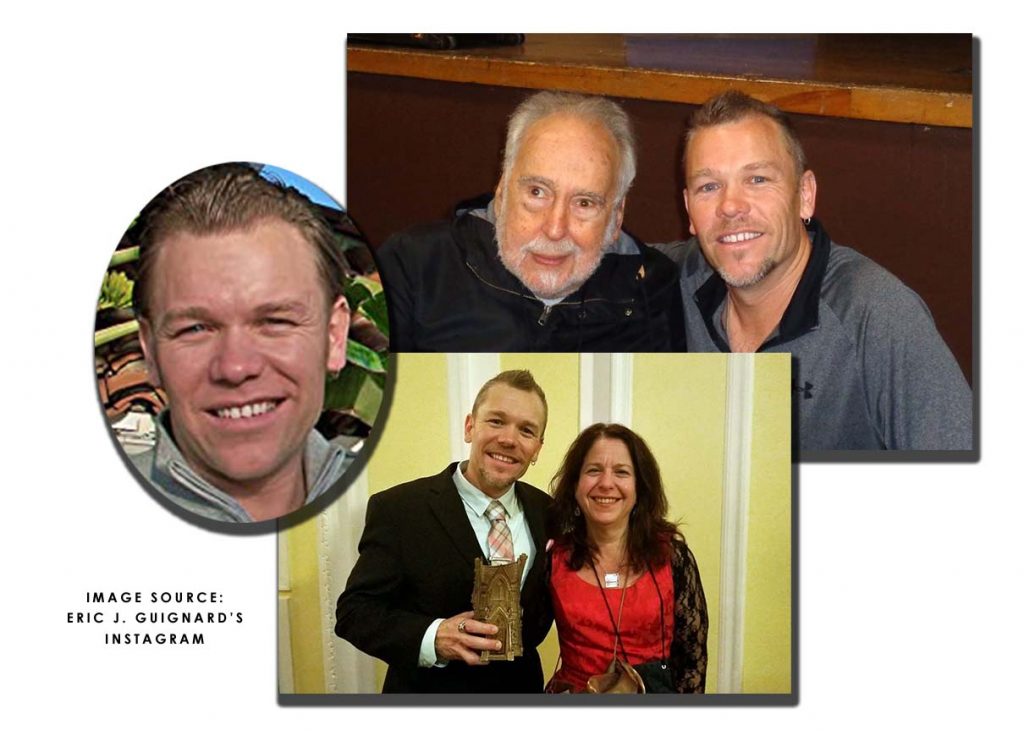 SG: The Phantom of the Opera and The Beetle are just a few titles that are part of the Haunted Library of Horror Classics. Robert Rosenwald mentions Leslie S. Klinger approached him with a proposal for this series, and in the proposal Klinger expresses many of the fiction titles “have either been forgotten or are now remembered through distorted theatrical or movie versions, while others have been relegated to academic study”. I’d love to hear your personal opinion(s) on this and the importance of distributing these classic tales in their original telling.

EJG: First, thanks so much for your time and the great questions, Christal. I’m honored to be a part of this project with Leslie and Robert, along with Lisa Morton and SourceBooks.

Les’s view is one I’ve long held as well, that books which may once have been monumental bestsellers, and progressive or literary-expanding works of their time, become forgotten generations later. It’s important to keep these books in circulation as many of them were the inspiration and ground-breakers for contemporary authors we read today. These books spoke to the issues of their era, their voices and fears and hopes, and they’re also just thrilling, entertaining reads still today! 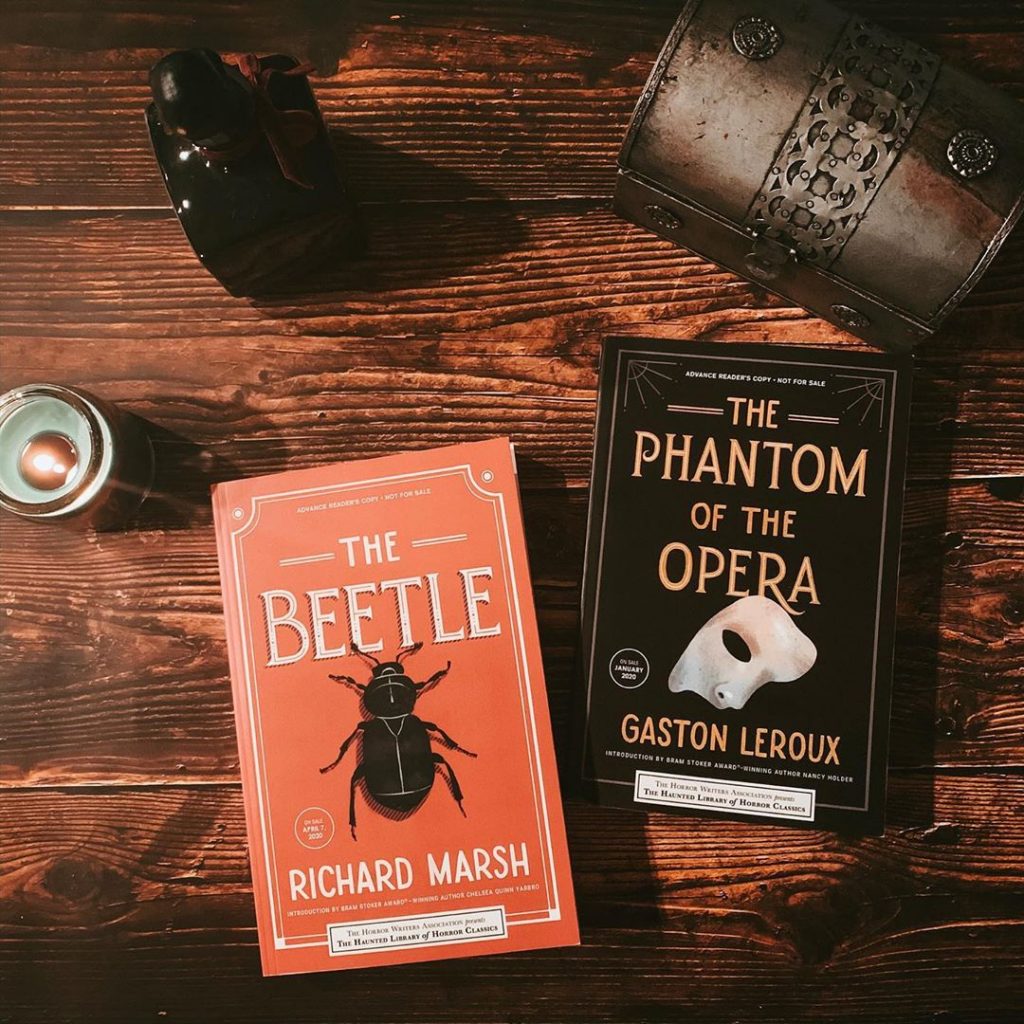 SG: I’m a huge fan of Gaston Leroux’s The Phantom of the Opera and have closely followed the different adaptations (film and stage). What do you think the theatrical and movie versions of this story do wrong (or right) in their depictions and what do you hope people will draw from the reintroduction of Leroux’s story?

EJG: I’ve actually never seen the stage version of The Phantom of the Opera! I was hugely involved in drama in school, became a Thespian, was involved in many performances, and saw many others, but I somehow missed Phantom, haha. Anyway, I did see Joel Schumacher’s 2004 film version many years ago, and adored the visual elements that set the story so extravagantly. The movie did seem less of a gothic horror “feel” and more kitschy romantic adventure (musical), which I thought was fine. Gerard Butler’s appearance as the Phantom was rather jolting however, as he’s portrayed in the movie as a rather handsome, dashing fellow, with only some scarring disfigurement underneath the half-mask, rather than Leroux’s depiction of a man appearing corpse-like with a skeletal “death’s head,” and golden, glowing eyes. Lon Chaney’s character, in the 1925 silent version, was much more fitting (and horrifying!). 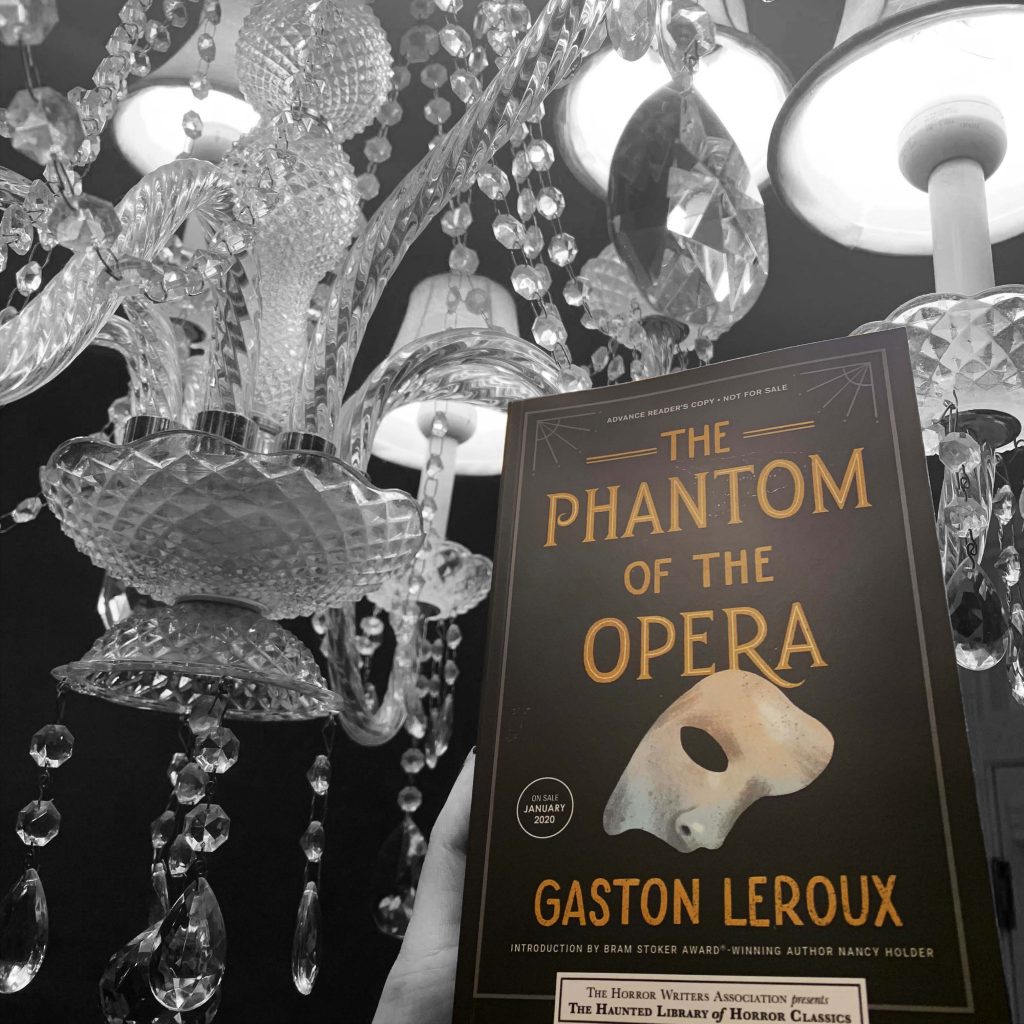 SG: Each of these books includes suggested discussion questions for classroom use. Do you feel like there’s a void that needs to be filled in classroom studies when it comes to horror fiction and how do you think new readers will benefit from these studies?

EJG: I do definitely feel like there’s a void in classroom studies of horror fiction. If horror fiction is ever discussed in the academic sense, it’s often the same two names that come up, Edgar Allan Poe and H. P. Lovecraft. They’re both renowned as champions of poetic and descriptive dark prose, but there are also many other authors just as deserving to be remembered. It’s important to become familiar with works from our past as it helps us understand changing values, identity, and the human experience. Classic horror literature is definitely a very niche genre, but it’s also crucial for readers and writers of fiction.

SG: You published your first novel Doorways to the Deadeye in 2019 in addition to a few anthologies. You’ve had quite the 2019! How would you describe your journey as a creative writer in contrast (and correlation) with your role as an editor.

EJG: I started editing anthologies, because I wanted to improve as a writer, and it’s helped immensely. I recommend it to anyone wishing to improve their writing. By reading submission slush I saw what everyone else was writing about, the same tropes and styles, and immediately knew to write something going the other direction. By an aggregate of others’ stories, I would find flaws in writing that I would then recognize in myself. And I learned it’s true that you can accurately judge a story based on the opening paragraph, and in most cases the opening sentence. From anthology editing, I gained experience in story development, author communications, layout, promotions, and so on. I now look at projects from the multiple eyes of “Editor,” “Marketer,” “Distributor,” “Publisher,” and it’s made me a better person.

I actually find editing is easier for me than writing, although writing brings more satisfaction. Writing is emotionally exhausting, whereas editing I can do all day long. And I’m always thrilled with the chance to connect and work with other writers while editing. But I love so much to type “The End” at the end of a writing piece—it’s a wonderful, fulfilling sense. Both are different journeys to a creative destination.

SG: Stephen King has a strong influence on you as a writer. Are there any works by King that you would consider underrecognized just as these tales included in the Haunted Library of Horror Classics?

EJG: I did grow up on Stephen King. He was my introduction into horror novels and contemporary author collections, and he immensely influenced my early horror tastes. I first discovered his work in fifth grade, and began to earnestly read everything he wrote for about the following fifteen years, through my mid-twenties. Tastes change though, and as much as I loved him and Dean Koontz and Anne Rice in those formative years, I find I enjoy different “styles” of stories now, more of “quieter” horror or dark fantasy, thrillers, books that take challenges, such as Neil Gaiman, Jim Butcher, and Joe R. Lansdale. But more in line with your question, I see Stephen King as someone whose work will be discussed hundreds of years from now as an example of “Late Twentieth Century Popular Horror.” And it’s hard to say anything of his is underrecognized, unless it’s simply to that fact that it may get shadowed by his more popular works. But perhaps The Dead Zone isn’t discussed as much as it could be, and often his work under pseudonym Richard Bachman may be forgotten (I particularly enjoyed dystopian The Long Walk, probably because the character was my age when I read it, so it resonated soundly!). 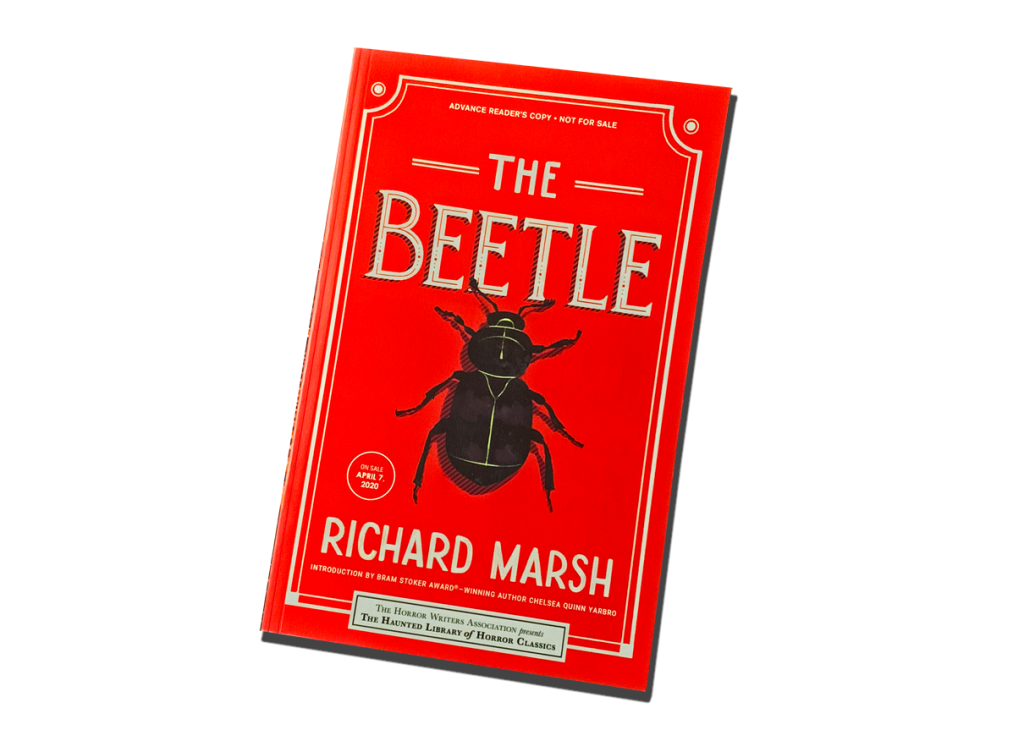 The Phantom of the Opera was released through The Haunted Library of Horror Classics back in January, and a slew of titles are on their way. Here’s what’s coming later this year!

Within each volume from this series, readers can find the following inside:

We thank Eric J. Guignard for connecting for an interview and would like to give special thanks to the Horror Writers Association (HWA), Poisoned Pen Press, and SourceBooks for supplying copies of these classics.

TheSuperghoul.com is hosting a giveaway on Instagram and one winner will receive a copy of The Phantom of the Opera by Gaston Leroux and Voices in the Snow by Darcy Coates which were included in Poisoned Pen Press’ Book Box. Hop on over to Instagram and follow along!