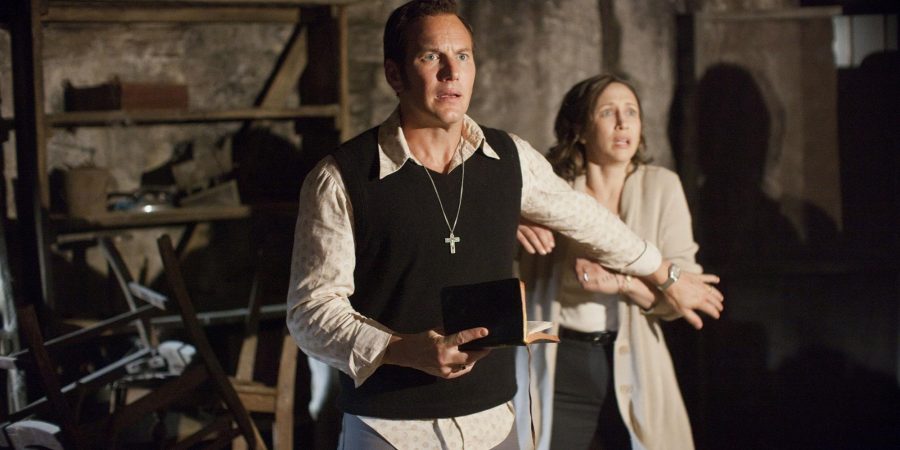 Horror can be so many things. It’s that indisputable fact that makes the “is this really horror” conversation so utterly exhausting. Some people prefer slashers, others folk horror, and others still a good old-fashioned slow burn. No, I’m not going to list every subgenre. You get what I’m trying to say here. Horror reaches far, but some films transcend subgenre preferences. For me, it’s always the movies that are the most human.

The Haunting of Hill House is always my go to example for humanity in horror, not just because it’s recent and mainstream enough for those who don’t actively follow the genre to know, but because it’s truly one of the most exceptional cases. It might cheat just a bit because it’s a series – it’s human because it has time to be human – but it also isn’t the only example.

The Conjuring series is another exceptional illustration of how bringing humanity in your horror makes it hit home harder. Because we’ve been made to fall in love with Ed and Lorraine Warren, we are deeply invested in their wellbeing throughout their saga. Hill House might have been given the opportunity do dive in more because it’s longer, but you don’t need to take up a whole film to drive home your point. Ed Warren playing guitar and singing Elvis to his wife and the Hodgson family during a rare quiet moment in the house is one of the most powerful scenes in the franchise.

You’ve also got films like One Cut of the Dead that manage to be painstakingly human from start to finish. That humanity, that sheer constancy of human error, is exactly what makes this weird, hilarious, perfect movie work. Anyone who’s ever been on a no-budget film set feels every single thing that every single character in One Cut is experiencing. Without that humanity, it’s just another low budget zomcom (which is still a blast in its own right).

In some examples, you can see two films that are nearly identical outside of that human element. The Belko Experiment is great if you have no faith in humanity and want a gory, mundane take on what you’d be willing to do to some of the folks you like the least. Meanwhile, Mayhem tells something deeper with nearly the exact same premise. The prevailing difference between the two is that one of them solely focuses on the dark side of what could happen if you get trapped in a building with your colleagues while the other takes on the whole spectrum of human emotion. One also has Samara Weaving, but that’s not the argument here!

Nearly everyone in the horror community will tell you that the genre heals. In all the blood and terror, there are aspects of escape, deep connection, and yes – humanity – that bear down deep into your soul. It snaps up your attention and reminds you that peace can be found in the darkest and most horrific of times. The crazed laugh of the final girl when she realizes that she survived; the determination of the protagonist when they decide they will not be dying today; and the strange connections you find when surviving together all drive this fact home.

We’re all surviving together. So connect. Be afraid, but be determined. Be furious, but be human. Let’s all earn that crazed laugh at the end of our very own horror movie.