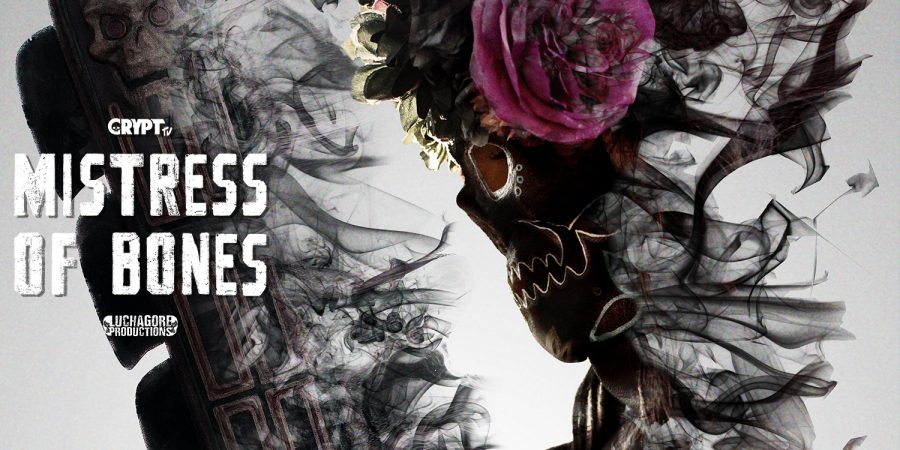 Día de los Muertos, or Day of the Dead, is a Mexican holiday celebrated annually on November 1st and 2nd, honoring friends and family members who have passed on.

“Love the twists in MISTRESS OF BONES short! For me it’s the – I didn’t see THAT coming, and that makes me happy!”

What is the story?

The short opens with two men about to unearth remains with the intent of looting whatever treasures are in store. They’re digging away at an unmarked grave and eventually they reach the remains, a skeleton wrapped in burlap wearing a coveted amulet.

“How did you find out about this shit?” Ernesto asks Sergio.

“They whisper it to me,” Sergio replies as the air of the film changes, suggesting Sergio has ulterior motives. This is confirmed as Ernesto’s lines that follow hint that he double-crossed Sergio in a previous grave robbing plot, and Sergio? He wants revenge.

Fast forward, Ernesto is getting his ass handed to him by Sergio, who has the upper-hand of control through blood-letting, or blood sacrifice.

This is where the story of betrayal between the two gods starts.

Sergio explains, “The king of the underworld [Mictlantecuhtli] was meant to rule us all, but he was betrayed by his own queen [Mictecachihuatl]. The sources of his power ripped away, hidden, guarded by the dead and only once they are collected can the King regain his true strength and be the conductor of all mankind’s final extinction.”

So now that Sergio unearthed that power – hello, amulet – and is collecting for his king…until the goddess Mictlantecuhtli shows up.

That’s roughly 2 minutes into the short. What follows when the gods are introduced? Who will win?

With a script written by Shane McKenzie, the cast had no issues delivering on the drama, intensity and action required of them throughout the film.

If a strong cast and script doesn’t capture your intrigue, the cinematography by Luke Bramley and Guerrero’s editing style are enough to draw in new eyes. Their previous works have common characteristics they excel at – dark, gory, and gritty – which makes Mistress of Bones refreshing as it’s apparent their scope of their talents knows no bounds in different arenas of entertainment.

As this was made for public viewing via Crypt TV, I’m sure they had to tone their goretastic tendencies in film, but the end result of Mistress of Bones was an enthralling daytime horror with an entrancing narrative rooted in Aztec culture.

”All of Gigi’s work has a profound energy and intensity. MISTRESS OF BONES is no different. Characters with deep passions and dark desires take over the screen in a surreal and beautiful way. It compels you to enter the world created with a thirst to follow a mysterious story full of unrelenting suspense and surprise. Gigi continues to engage horror audiences with films which are at once emotionally visceral and cinematically gorgeous.”

Review | No, really…What’s the verdict?

I’m breaking this part off into a different section for the sake of keeping spoilers locked up, because I want to discuss the relationship between the goddess Mictecacíhuatl and the god Mictlantecuhtli.

When the goddess Mictecacíhuatl enters the short film, the masculine characters are visibly afraid. This is a goddess who has been able to stand guard and protect the living from rule by the god Mictlantecuhtli for centuries. They better be f*cking afraid.

It’s only when Mictlantecuhtli first speaks that we start to understand the relationship dynamic because that’s when he attempts to sway Mictecacíhuatl to rejoin him. He comments on her beauty, asking her to take the mask off while presenting alluring benefits of joining him on the throne. The goddess stands her ground.

In minutes, the god Mictlantecuhtli regains fighting power via the amulet with Ernesto as a vessel, and with his power amplified by cuffs, he takes control of Mictecacíhuatl then removes her mask without her consent.

This mask removal further adds to the goddess’ vulnerability but symbolically. It’s at this moment that we understand Mictlantecuhtli’s motives with the goddess come from a vain and controlling place.

Despite showing he has the power to control her, the god is clearly a fan of manipulation as he removes his invisible grip from Mictecacíhuatl. She then – before going on to kick ass – puts her mask back on and the air changes. Her vulnerability is gone and she has unfinished business.

By the end of this short film, I agree with many of the Crypt TV subscribers who believe Mistress of Bones should be a continued series. What’s not to enjoy about a Latinx melee weapon-wielding goddess?

“MISTRESS OF BONES is a glorious marriage of Rob Zombie and crazy action anime. Gigi is an unparalleled wild genre bending force of a director!” 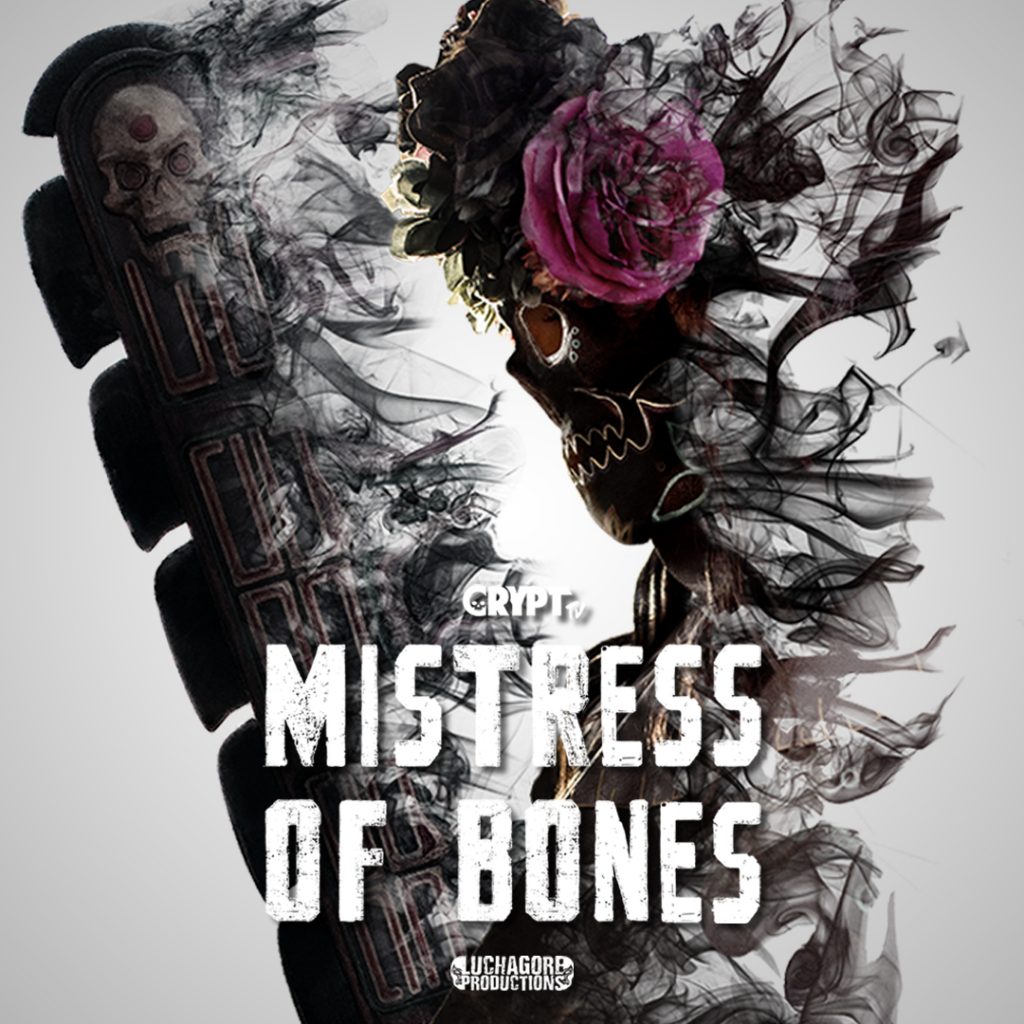 Where can I watch it?

Watched Mistress of Bones? I want to hear your thoughts! Leave a comment below.

1 thought on “MISTRESS OF BONES: An enthralling story of betrayal and revenge”