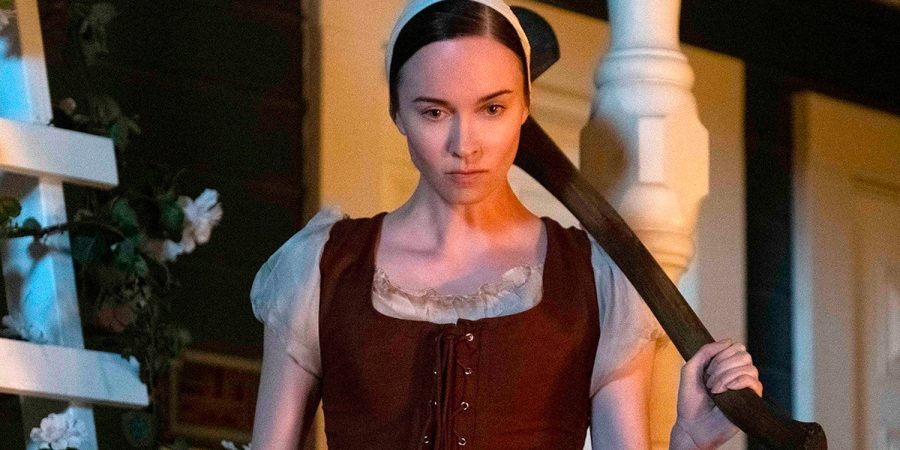 Every November, I think of Melanie Lynskey’s character Jacqueline in Ever After (1998) saying “I’m only here for the food” because it sums up how I feel about the holiday. Sure, family togetherness is great but Thanksgiving can be one of the most stressful holidays of the year for many.

We all know it and especially after the shit show of a year we’ve been having, Thanksgiving dinner might not sound like the greatest idea to most.

We’ll miss out on the socializing this year (obviously), not to mention the pounds of seasonal food that would either be devoured or bagged to-go by your great grams who thinks you’re not getting enough to eat at home. At least we get to dodge the awkwardness of meeting people whose names we’d forget in 3 minutes, painfully realizing the extent of our family’s racism or self-internalized racism, interrogations about our career choices, everything.

Every family has their own set of unique characters, but for shits and giggles, imagine how a holiday gathering would change if you insert a horror character into the mix…one that you can’t stand or simply think would immediately sour the day.

I spent some time thinking on this, writing off characters of the creature or supernatural variety. It came down to six characters in horror, all who I believe would make interesting you wouldn’t believe my Thanksgiving-type stories:

Aside from having a creepy demeanor, Esther could be described as Pandora’s Box incarnate. The chaos she’d create at a Thanksgiving gathering would include the following offenses:

Marcia Gay Harden’s performance as Mrs. Carmody was so good, it was easy to hate her. If Mrs. Carmody was still around to enjoy Thanksgiving dinner, she’d probably break every social distancing rule and say the only mask she needs is her bible. She’s the aunt invited out of obligation and you only see her in one of three cases: it’s Thanksgiving, it’s Christmas, or hell froze over.

Who invited this guy? Voted Most Likely to Overreact, Jeremiah would get offended because none of the conversation topics are about him or lead back to him. After a few failed attempts at convincing the family and guests to join the Children of the New Dawn, he’d probably burst into tears and take off on a bicycle to find a new crew.

He’s not the worst person to have at Thanksgiving dinner. Ronnie is in fact the opposite, but I better not have all five current shows I’m watching and two newly released features spoiled for me in one sitting.

If Emilie walked into my family’s home for Thanksgiving dinner, I’d be searching the room high and low for that spawn of hers Georgie. Honestly, she seems like she’d be chill to smoke and have a few drinks with, but Emilie is 100% the family member who would shoot the turkey because she saw it move. Oh, and while someone’s hand is stuffing it. Oops.

I know, I know. You’re not shocked to see Mark here but this listicle would be incomplete without him. It’s agreed on by most that he’s the vision of douchebag excellence. Mark is the kind of guy your sibling or cousin brings home to meet the family after their first semester of college despite being outvoted on the matter. He probably wipes his hands on the decorative towels in the bathroom despite an obvious hand towel hanging next to the sink. If you’re sitting next to him at the table, whew. Get ready to listen to his plans on picking up “chicks” in Europe and then figure out how to break the news to your very monogamous sibling (or cousin).

QUESTION: Which horror character(s) would you invite to your holiday dinner?
(Comment with your answer)