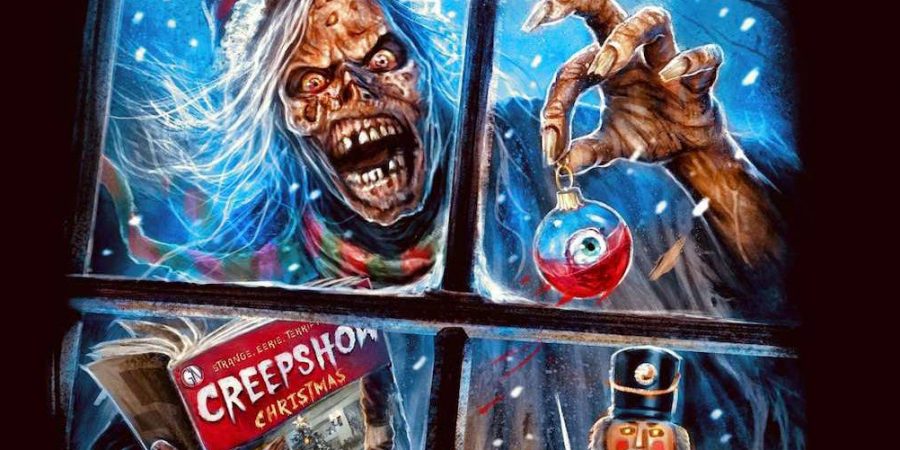 There’s trouble in Naperville this holiday season and this story is sure to make you howl with delight.

A Creepshow Holiday Special, written and directed by Greg Nicotero, is the latest Shudder original to join the premium horror streaming service.

At 45-minutes long, the story based on and named after J.A. Konrath’s Shapeshifters Anonymous opens with Robert Weston (Adam Pally – The Mindy Project) making his way to St. Argento’s on a snowy December evening.

After knocking on the chapel door, Robert is met by a man at the door who informs him that the gathering “S.A.” inside the chapel is a private meeting. But Robert was in the right place. 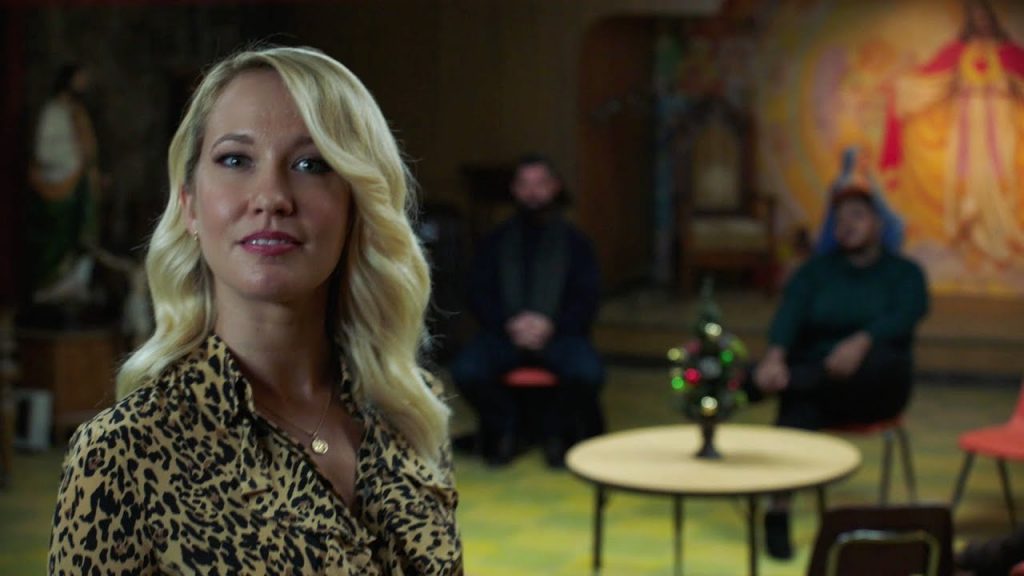 He divulges some concerns about being the man responsible for the series of killings happening in Naperville; the Naperville Ripper. The man, whose name we later learn as Scott, isn’t phased by this news and continues to turn away, but after pleading the rest of the group in attendance vetoes Scott and lets Robert join the meeting.

It’s then we are introduced to the warm and friendly Irena Reed, the S.A.’s Chapter President played by Anna Camp (Pitch Perfect, True Blood). She welcomes Robert to what’s revealed as Shapeshifters Anonymous. With Robert being a new therianthrope, or person who shapeshifts into an animal, Irena has him talk her through his experiences and what he remembers before filling him in on what kind of therianthrope the group members are.

I can’t bring myself to share exactly what those animals are, especially to readers unfamiliar with the short story like I was prior to watching.

What I will share is not all of the therianthropes we’re introduced to are lycanthropes, or werewolves. The variety of therianthropes we see in this special is a GIFT for anyone who loves creature movies. To tie in the holiday season, this story is heavily Christmas-themed and complete with origin stories of therianthropes and Santa Claus that date back to the Garden of Eden.

When Irena leads the group through the S.A.’s credo, a scene fans of Pitch Perfect will squeal with delight over, Robert gets thrown off by the call to promise to steer clear of Kris Kringle, “the dreaded Santa Claus”, and his evil helpers.

Unfortunately for them, that promise isn’t kept for long and the meeting turns into a bloody battle against Santa Claus and his minions.

There is one character narrative that might be off-putting to fandom and body-positive communities, but the end of this Creepshow special is rewarding. If you’re looking for a break from the tiresome, grim realities lurking outside, A Creepshow Holiday Special is impeccably campy and perfect for the job. Anna Camp and Adam Pally both rise with charming performances bridging their strengths in comedy with the horror genre, although the supporting cast members steal the show.

A Creepshow Holiday Special is now available to stream ad-free and exclusively on Shudder. Sign up for your 7-day free trial and watch it at this link.