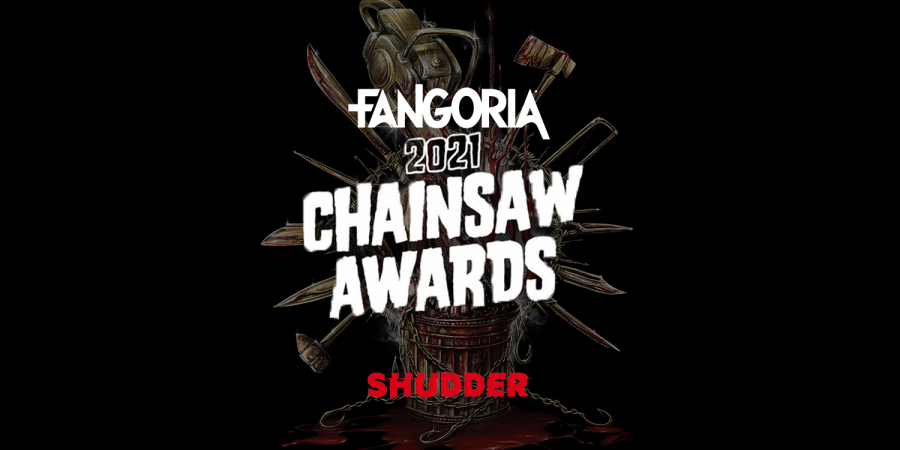 What are your plans for April 18th? Horror movie fans, this is the night for you.
Dating back to 1992, the Chainsaw Awards have honored the achievements in the horror genre, with past recipients including Jonathan Demme, Sam Raimi, Robert Eggers, Toni Collette and George Romero.
On Sunday, April 18th at 8 PM ET, the 2021 FANGORIA Chainsaw Awards – executive produced by Tara Ansley, Abhi Goel, Phil Nobile Jr. and produced by Armen Aghaeian and Rebekah McKendry – is set to premiere exclusively on Shudder, AMC Networks’ premium streaming service for horror, thriller, and the supernatural.
“We’re thrilled to partner with our friends at FANGORIA, a horror institution, to present their annual Chainsaw Awards, televised for the first time in years.  We hope to bring Shudder members and horror fans together for a vibrant celebration of the genre we love so much,” said Craig Engler, GM for Shudder.
“The Chainsaw Awards are an institution in horror, having existed in the magazine since 1992,” adds FANGORIA editor Phil Nobile Jr. “Bringing them back as an actual event has been a dream, and airing them on Shudder is something we’ve been working toward since we resurrected the magazine.”
With the award ceremony being televised for the first time in years, horror fans can expect the AMC horror genre streaming service to feature some highlights, including the appearance of celebrity actors, filmmakers, and other creators as they present awards recognizing the outstanding achievements in horror film and television.
The Chainsaw Awards will be hosted by actor and writer David Dastmalchian (Ant-Man and the Wasp) and feature Jamie Lee Curtis (Halloween), Keith David (The Thing), Gigi Saul Guerrero (director, Culture Shock), Issa Lopez (director, Tigers Are Not Afraid), Kevin Smith (Clerks), Tananarive Due (Horror Noire: A History of Black Horror), Blumhouse founder and CEO Jason Blum, James Jude Courtney (Halloween), Doug Jones (The Shape of Water) and drag artist and The Boulet Brothers’ Dragula season two winner Biqtch Puddin’ as presenters.
Up for recognition is a lineup of notably acclaimed horror movies that released in 2020 including popular titles like The Invisible Man, Freaky, The Dark and the Wicked, Host and Possessor as well as actors Vince Vaughn, Kathryn Newton, Clancy Brown, and Elisabeth Moss.
Before and after the ceremony, viewers are encouraged to tune into the virtually hosted pre- and post-show event coverage on social media.
Get hyped! You can tune into the 2021 Fangoria Chainsaw Awards exclusively on the “Shudder TV” feed, airing simultaneously to subscribers of the service in the US, Canada, UK, Ireland, Australia and New Zealand. Airing Sunday, April 18th @ 8 PM ET / 5 PM PT. 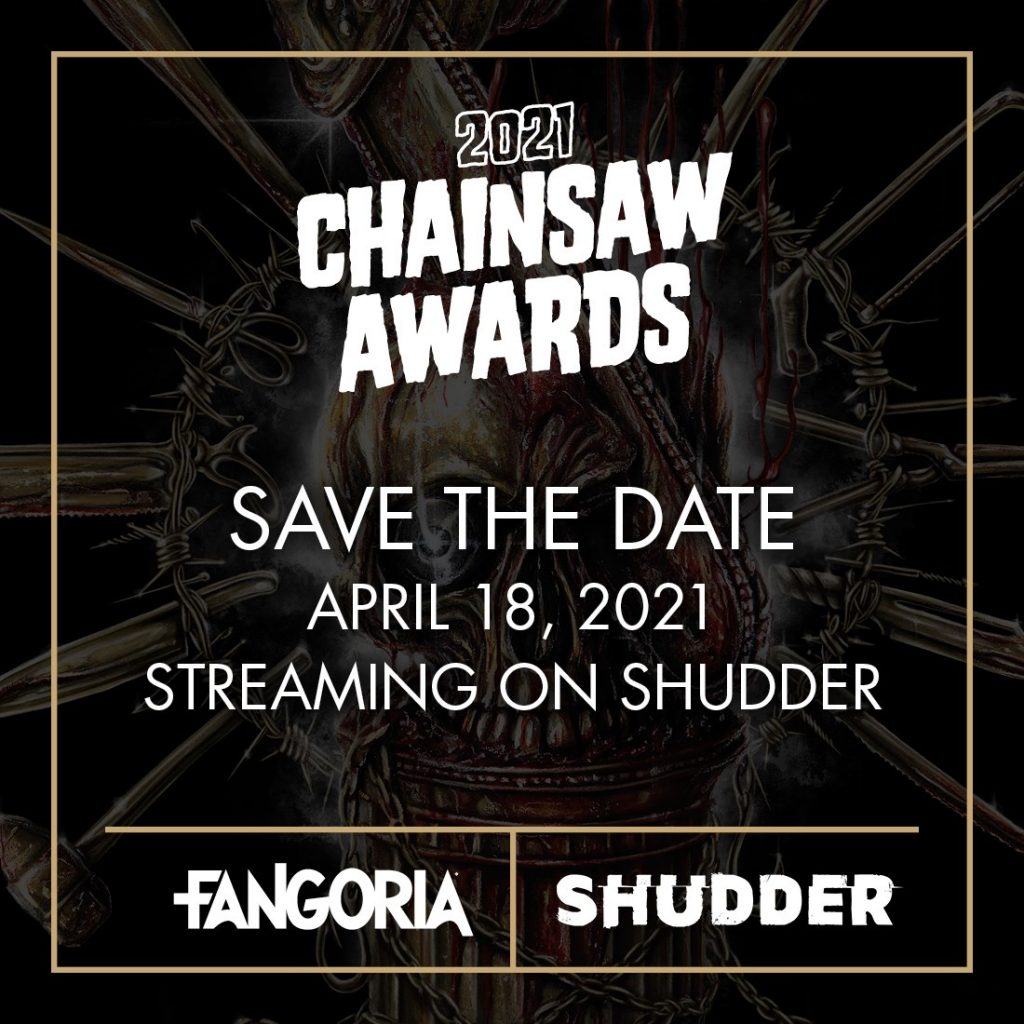 ABOUT FANGORIA
Since 1979, FANGORIA has been “First In Fright.” At one point the only place on newsstands where fans could read about the world of horror, today Fango has adapted to a world it helped create – one in which Fango’s early readers are winning Oscars for their contributions to, and expansion of, the genre. In 2020 FANGORIA was acquired by producer Tara Ansley and serial entrepreneur Abhi Goel, and this year the brand will expand (along with resurrected sister brands STARLOG and GOREZONE) into the digital space, where it will thrive as an iconic genre media destination.
WEBSITE | FACEBOOK | STUDIO FACEBOOK | TWITTER | STUDIO TWITTER | INSTAGRAM | STUDIO INSTAGRAM
ABOUT SHUDDER
AMC Networks’ Shudder is a premium streaming video service, super-serving members with the best selection in genre entertainment, covering horror, thrillers and the supernatural. Shudder’s expanding library of film, TV series, and originals is available on most streaming devices in the US, Canada, the UK, Ireland, Germany, Australia and New Zealand. For a 7-day, risk-free trial, visit www.shudder.com.
You might also like...
Share